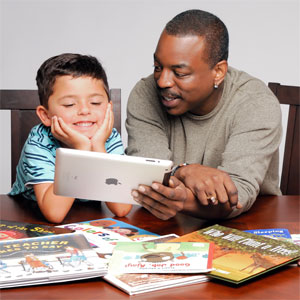 RRKidz, LLC, the company that relaunched the children’s educational entertainment brand Reading Rainbow for the digital age, announced that it will be partnering with Brand Central, LLC to launch a consumer products program to accompany the brand’s recent digital relaunch and classic IP.

The Reading Rainbow brand came to fame first as an award-winning children’s television series on PBS encouraging kids to read. It earned over 200 broadcast awards, 26 Emmys, and the Peabody Award in its 26-year run. In 2011, two years after the show’s conclusion, actor and host of Reading Rainbow, LeVar Burton and his business partner Mark Wolfe founded RRKidz, Inc., to continue to bring kids the finest reading and enrichment experiences available. Fully reimagined for the digital age, Reading Rainbow again promotes the inherent fun in learning and exploration through their digital service with hundreds of animated books, videos, and games.

LIMA Members Can Now Vote for the LIMA Awards

The International Licensing Industry Merchandisers’ Association (LIMA) has finalized the ballot for the 2015 International Licensing Awards. LIMA says that a record 142 nominees from 14 countries, representing a wide array of categories have been nominated. LIMA members may cast their votes online here through Wednesday, May 12. Winners will be announced at the LIMA Awards Ceremony on Tuesday, June 9, during Licensing Expo in Las Vegas. Category updates for the 2015 ballot include separating Film, Television, and Entertainment into Animation and Live Action; Art & Design has been restructured into Lifestyle: Art, Design, or Fashion; Digital/New Media has been updated to Digital; and Celebrity has been newly identified as Celebrity or Music.

Nominations were solicited from the worldwide licensing industry. Click here for a complete list of the 2015 Awards nominees.

Fermata continues to further its efforts to bring an aggregated collection of global football properties to the North American marketplace. Fermata’s business plan for its football practice is rooted in the belief that the North American consumer is seeking an expanded offering of licensed merchandise from premier global football properties. Fermata begins representation of all five clubs effective immediately. Together with Liverpool FC and Tottenham Hotspur, Fermata is actively working to align with key manufacturers to present consumer products for all seven clubs to leading retail partners.

TTPM is showcasing the newest toys for Paw Patrol. For the latest in toy reviews as well as what’s trending, visit TTPM.com.