For the second quarter of 2015, Mattel, Inc., reported flat worldwide net sales in constant currency, adjusted operating income of $23 million, and adjusted earnings per share of $0.01.

“In the second quarter, we made solid progress as we work to return Mattel to improved growth and profitability,” said Christopher Sinclair, Mattel chairman and CEO. “Our financial results in the quarter largely met our expectations, and we are encouraged by improved performance across our core brands, as well as strong momentum in emerging markets like China and Russia. Although we are still early in our turnaround effort, I believe we are taking all the right steps to be more competitive in the growing global toy industry.”

The board of directors declared a third quarter cash dividend of $0.38 per share, which is flat compared to the third quarter of 2014. The dividend will be payable on September 18, 2015, to stockholders of record on August 26, 2015.

Second quarter worldwide gross sales for Fisher-Price Brands, which includes the Fisher-Price Core, Fisher-Price Friends, and Power Wheels brands, were $336.8 million, up 9 percent in constant currency versus the prior year.

Second quarter gross sales for American Girl Brands, which offers American Girl-branded products directly to consumers, were $84.2 million, up 1 percent versus the prior year in constant currency.

“Our second quarter results continue a strong start to the year with good underlying momentum in our Franchise and Partner brands across geographies,” said Brian Goldner, Hasbro’s chairman, president, and CEO. “The execution of our brand blueprint strategy, including our recent decision to sell our final manufacturing locations and the continued development of new relationships in content development, furthers the transformation of Hasbro into an organization focused on global brand building. We are well positioned for the remainder of 2015, but importantly we continue to develop our capabilities for the long-term execution of our strategy toward unlocking the full potential value of our brands.”

Deborah Thomas, Hasbro’s CFO added, “Our second quarter results came with numerous challenges, including a significant negative foreign exchange impact and difficult year-over-year comparisons in several brands. Even with these challenges, we delivered a strong second quarter and a good first half of 2015. We continue to make important investments across our business to promote brand initiatives and to further improve the global efficiency of Hasbro. Some of these investments will be more prominent in the second half of 2015 than they were in the first six months of the year.”

U.S. and Canada Segment net revenues increased 1 percent to $385.2 million compared to $383 million in 2014. The Segment’s results reflect growth in the Boys and Preschool categories. The U.S. and Canada Segment reported operating profit of $47.1 million, essentially flat with $46.9 million in 2014.
International Segment net revenues were $362.8 million compared to $396.8 million in 2014. Growth in the Preschool category was more than offset by declines in the Boys, Games, and Girls categories. On a regional basis, growth in Latin America was offset by declines in Europe and Asia Pacific. Emerging markets revenues declined 11 percent in the quarter. Excluding an unfavorable $69.5 million impact of foreign exchange, of which approximately two-thirds of the impact was in Europe and the remainder in Latin America, net revenues in the International Segment grew 9 percent and approximately 9 percent in emerging markets. The International Segment reported operating profit of $25.4 million compared to $29.2 million in 2014, which was also negatively impacted by foreign exchange.

Entertainment and Licensing Segment net revenues were $47.6 million compared $47.7 million in 2014. Segment performance was driven by entertainment-backed licensing revenues. The Entertainment and Licensing Segment reported a decline in operating profit to $7.4 million compared to $14.6 million in 2014. This decline was primarily due to digital gaming expenses, including the final quarter of amortization expense from certain digital gaming rights.

Second quarter 2015 net revenues in the Boys category increased 1 percent to $340.4 million. This growth was driven by year-over-year revenue gains in Hasbro franchise brand Nerf, as well as shipments in support of Jurassic World and growth in Marvel and Star Wars products. These increases more than offset the anticipated decline in Transformers, which faced difficult comparisons versus the 2014 shipments in support of the theatrical release of Transformers: Age of Extinction.

Games category revenues declined 6 percent in the quarter to $211.6 million. Magic: The Gathering declined in the quarter as the major set release occurred in the first quarter 2015 versus the second quarter 2014. Over the first six months of the year, Magic: The Gathering revenues increased. Additional revenue declines in Duel Masters and Angry Birds products were partially offset by gains in franchise brand Monopoly as well as in several other games brands including Trouble, Clue, and Twister.

The Girls category revenues declined 22 percent in the second quarter 2015 to $127.5 million. Furby was the leading driver of this decline, along with smaller declines in franchise brands My Little Pony and Nerf Rebelle in the quarter. Growth in Play-Doh DohVinci and shipments of Disney Descendants partially offset these declines. 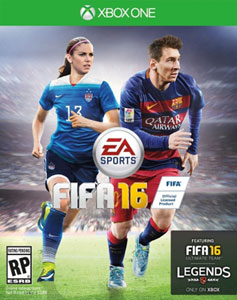 FIFA 16 will be available starting September 22, 2015, in North America on EA’s Origin service on PC, Xbox One, Xbox 360, PlayStation3 and PlayStation4.

The #TeamMickey All-Star Baseball Tour is underway. Fans can join the promotion during three weekend games in 2015: Atlanta Braves at St. Louis Cardinals (7/26), Boston Red Sox at Detroit Tigers (8/9), San Diego Padres at Colorado Rockies (8/16). At each game, attendees will enjoy Mickey Mouse-themed activities, an on-field celebration, giveaways, and surprises throughout the day.

In addition, fans are invited to enter a national sweepstakes for a chance to win a trip for a youth baseball team of up to 15 people to visit the ESPN Wide World of Sports Complex at Walt Disney World Resort and play in a select baseball tournament. Visit www.Disney.com/teammickey.

In addition to Pet Toys, TTPM has expanded into Pet Gear. Here are some of the latest offerings. For the latest reviews in Toys, Tots, Pets, and More visit TTPM.com.