Barnes & Noble announced its picks last week for the must-have toys and games of the season.

“Play is not only fun, it’s essential to a child’s development and a critical component in grasping key educational concepts as kids get older,” said Kathleen Campisano, vice-president, toys and games, Barnes & Noble.

Barnes & Noble arranged its list by age and interest:

The Passing of Cardinal’s Sylvia Berger 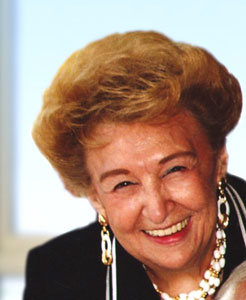 Cardinal Industries announced that Sylvia Berger, partner and wife of founder Les Berger, passed away on November 10, 2015. She was 97. Sylvia ran Cardinal with husband Les for more than 60 years. She recently retired at age 96. (Les Berger passed away in March 2014. He was 95.)

Berger’s family released the following statement: “Born Sylvia Kirsch, she married Les Berger in 1950, five years after he started the toy and game company. Shortly thereafter, Berger requested Sylvia join him in building the company. Les often credited her with their success. He often referred to Sylvia as “the boss” because she signed all the checks. She was involved in every step of building the business and they were almost inseparable for all those years. Sylvia and Les watched as their son Joel and then their daughter Bonnie joined Cardinal. Together the family grew Cardinal from a small family business into the No. 2 game company in the United States and one of the oldest privately held toy companies in the U.S. Les Berger was inducted into the Toy Industry Hall of Fame in 2015. Sylvia attended the ceremony with her children and accepted the award on behalf of her late husband.”

Thanksgiving is this week and that means holiday shopping moves into high gear. Shopping for the kids in your life? Here is a recap of TTPM’s Most Wanted List, which was announced earlier this season. For the latest in Toys, Tots, Pets, and More as well as what’s trending, visit TTPM.com.