The Just Play toyline will feature plush and an assortment of Care Bears figures and playsets ranging from $2.99 to $24.99 and arriving at U.S. retailers nationwide in September.

New Licensees for Rock and Roll Hall of Fame

The Wildflower Group is expanding the licensing program for the Rock and Roll Hall of Fame and Museum with three new licensees. Opus Label has been signed for men’s and women’s apparel, LND Neckwear for men’s and boys’ neckwear, and UMB CardPartner for co-branded credit cards. 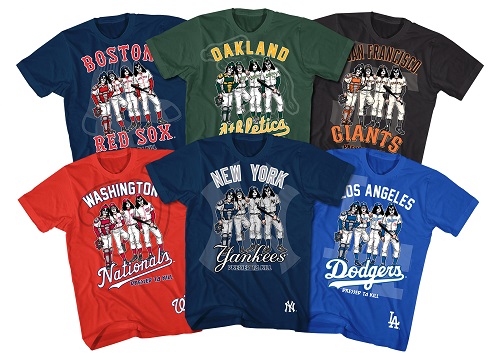 Under the Play Ball with KISS collection, Liquid Blue is launching a themed line, Dressed to Kill, and preparing a second themed apparel line called Locker Plate, inspired by the KISS song “Detroit Rock City,” which will be introduced later in the year.