IMC announced that it has entered into a representation agreement with Bissell, Inc., to take the brand into new product categories in the areas of home, DIY, and automotive.

Bissell is a leader in the floor care industry including the manufacture and sale of vacuum cleaners, floor sweepers, deep cleaning machines, and hard floor cleaners.

The Wildflower Group is expanding the Girl Scouts of the USA licensing program with the signing of three new licensees: The Bigelow Tea Company, Yankee Candle, and Build-A-Bear Workshop.

New teas from Bigelow Tea arrive at grocery stores nationwide and on Amazon.com this month. The licensed candles can be found at 500 Yankee Candle retail stores, YankeeCandle.com, Bed Bath and Beyond locations, as well as gift and specialty outlets nationwide. Girl Scout Cookies Bear from Build-A-Bear Workshop is now available. 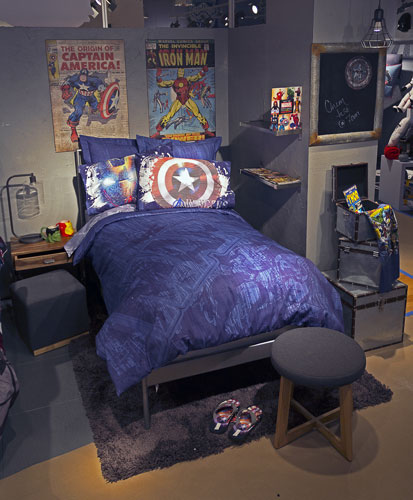 AC/DC to Get Licensing Program

AC/DC has entered into a multi-year agreement with Perryscope Productions and Epic Rights to develop an all-new global merchandising, licensing, retail, and e-commerce programs for the band. AC/DC released their new album, Rock or Bust in December 2014; opened the Grammy Awards’ telecast in February 2015; and will kick off their world tour headlining at Coachella on April 10. The Rock or Bust tour continues in Europe, May 5–July 25, and opens in North America on August 22.

King Features Syndicate and Putnam Accessories have partnered to debut a limited-edition collection of Original Chuck hats featuring Popeye. The hats are available now for a limited time at OriginalChuck.com. The new partnership follows recent apparel lines for Popeye with Uniqlo and Urban Outfitters in the UK.