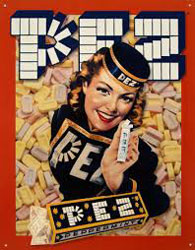 Lisa Marks Associates, Inc., (LMA) has been appointed the North American licensing agency for the PEZ brand. Following the brand’s introduction 88 years ago in Austria, PEZ was introduced in America over 60 years ago. Today, generations of Americans consume over three billion PEZ annually in the U.S. alone. PEZ candy and collectible dispensers are available in more than 90 countries.

LMA has been signed to develop a strategic licensing program across key categories including personal care, food, toys and games, electronics, apparel and accessories, home décor, gifts and collectibles, publishing and art.

Cartoon Network announced a new retail program for two of its original animated series—Steven Universe and Adventure Time—now available at Hot Topic stores nationwide as well as via hottopic.com. The program, which will run through December, includes a collection of licensed merchandise based on Steven and the Gems from Steven Universe, as well as Marceline the Vampire Queen, star of the upcoming Adventure Time special “Stakes,” which will air on Cartoon Network as a week-long event debuting Monday, November 16.

Masha and the Bear in Italian Theaters 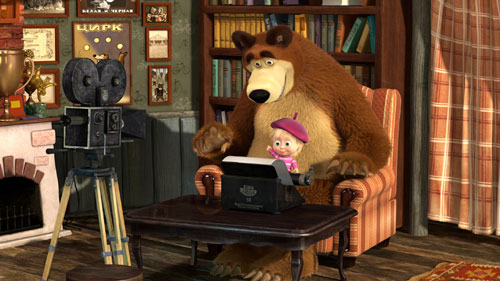 A joint agreement between Warner Bros., Animaccord, and Ink Global will see TV’s Masha and the Bear make its big screen debut across Italy this Christmas. The theatrical release will run from December 23­–January 10, screened in selected theaters across the country distributed by Warner Bros. Entertainment Italy, introducing audiences to eight episodes never seen before on TV in Italy.

Harris-Sachs, LLC announced a licensing partnership for its client, Pamson Pacific Enterprises Corp., Ltd. for Puppy In My Pocket. Pamson Pacific, a manufacturer and exporter of seasonal toys and stationery, secured the agreement through Harris-Sachs with The Licensing Works!, a licensing and promotions company representing MEG Toys the creator of Puppy In My Pocket. Pamson Pacific’s grant of rights includes a spring/summer line of toys to include bubble toys, chalk toys, and jump ropes among other seasonal items for kids.