In November, Harry Potter fans began the final chapter of the beloved saga. Harry Potter and the Deathly Hallows—Part 1 marked the first part of the final installment in the film franchise, following Harry, Ron, and Hermione as they set out on their mission to track down and destroy Horcruxes, the secret to Voldemort’s immortality and destruction. The story concludes when Part 2 hits theaters on July 15, 2011. 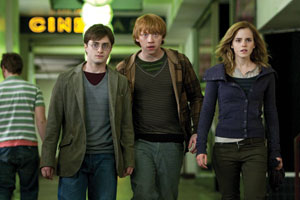 But the final films don’t signal the end of Harry Potter licensing. Warner Bros. Consumer Products (WBCP) has established Harry Potter as an evergreen property that will continue to be supported through other initiatives, including The Wizarding World of Harry Potter at Universal Orlando Resort and Harry Potter: The Exhibition, a touring exhibit of costumes and props from the films.

To capture the magic of the final two films, WBCP teamed up with both new and ongoing licensees. There will be general branded product, as well as Deathly Hallows-specific items, such as BioWorld Merchandising’s Undesirable No. 1 T-shirt. Additional global licensees include Tomy, Panini, DeAgostini, Hasbro, Artbox Entertainment, Gentle Giant, Giant Merchandising, Jibbitz, Hallmark, Andrews McMeel Publishing, and Tonner Doll.

Even though July marks the end of the Harry Potter saga, there will still be many ways for fans to experience the magic.