Nancy Lombardi: What are some of the new trends happening in music licensing?

Sara Nemerov: There has always been the world of clip licensing for music, but the venues, from film to television to new media, are changing and expanding. Frank Sinatra Enterprises is in a unique position because we control both master recordings and the broad name and likeness rights so we have the opportunity to build the overall brand. The key is to find ways to tap into the wealth of meaning that the artist or the band has cultivated across time and translate it for the right markets.

Finding ways to convert a listener’s love for the music, adoration for an artist, and even respect for a brand into a successful brand licensing program is not easy. There can be tons of built up value in musicians and songs, but capitalizing on that value is always a challenge. 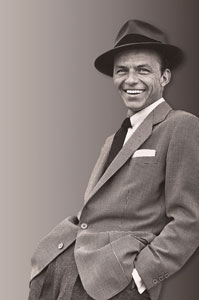 N.L.: Why do consumers want licensed products from musicians and from Frank Sinatra in particular?

S.N.: Music is so much a part of our lives that consumers want product from an artist to preserve special moments they’ve experienced while listening to the artist. It helps them maintain a connection to the artist.

Sinatra is an American icon and one of the most recognizable and admired musical artists of our time. More than 83 percent of the total population recognizes Sinatra and more than two thirds are fans. This makes him undeniably one of the most popular stars in the world. Fans have asked us to make Sinatra product accessible. The Sinatra brand represents a classic and enduring style with two qualities that match perfectly: ease and elegance.

N.L.: What are some recent deals for Frank Sinatra?

S.N.: Sinatra has expanded successfully, including the opening of the Sinatra Restaurant at the Encore in Las Vegas, the recently launched Sinatra Family Estates vintage wine, a forthcoming Martin Scorsese-directed film, and a musical directed and choreographed by Twyla Tharp, which launched on Broadway in early March. The Sinatra team welcomes inquiries to find timeless opportunities to share Sinatra’s personal style, music, love, and legacy with his many admirers partnering in categories such as; food, beverage, apparel, accessories, home, art, music, collectibles, and gifts.