Chris Haney, one of the co-creators of Trivial Pursuit, has died at the age of 59. His business partners confirmed he died after a long illness in a Toronto hospital. He teamed up with Scott Abbott, his then-co-worker at the Canadian Press, in 1979 to invent Trivial Pursuit. They sold the rights to the game to Hasbro in 2008. Haney is survived by his wife and three grown children. 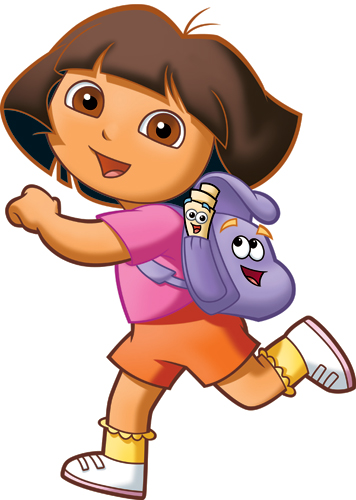 of Dora’s Big Birthday Adventure on the Wii, Nintendo DS, and PlayStation 2. In addition, preschool gamers will have an opportunity to bolster their math and culinary skills in Dora’s Cooking Club, which will be exclusively for Nintendo DS. To join in the celebration, Diego will embark on his first Mega Bloks building block video game quest in Go, Diego, Go! Mega Bloks Build & Rescue that will also be available exclusively for Nintendo DS.

Dora’s Big Birthday Adventure, based on Dora’s 10th anniversary television special, follows Dora and Boots as they try to find their way out of Storybook Land to make it to Dora’s big birthday celebration. In Dora’s Cooking Club, Dora will take her cooking skills to the Nintendo DS in her first video game incorporating a pre-K through kindergarten math curriculum. Gamers will chop, measure, stir, and sprinkle in more than 30 cooking games to create treats including pizza, enchiladas, and yogurt and berry fruit fiestas. Diego and Baby Jaguar join forces with Mega Bloks for the very first time in a video game in Go, Diego, Go! Mega Bloks Build & Rescue for Nintendo DS. In this building block adventure, Diego must rescue lost animals and build homes for them in habitats ranging from the savannah to undersea coral reefs. To do so, young gamers must collect Mega Bloks to build construction tools and rescue vehicles including submarines, hang gliders, off-road trucks, and snowmobiles.

HIT Entertainment has launched a new pro-social campaign based on Angelina Ballerina and is piloting this program at the Kips Bay Boys & Girls Club in the Bronx, NY. The goal of the multi-year Angelina Ballerina Stars of Tomorrow campaign is to raise awareness for the benefits of dance—including building confidence, inspiring creativity, and promoting physical health—and subsequently provide access and opportunities to kids ages 5–12 seeking dance education.

The Kips Bay Boys & Girls Club is piloting this program, offering for the first time Angelina Ballerina dance classes in ballet, hip hop, latin, and African dance for kids ages 5–9. HIT Entertainment is providing teachers with Angelina Ballerina in-class materials such as “Angelina Ballerina’s Tip of the Week,” classroom posters, nutrition and recipe information, and videos. In addition, students will perform a special warm-up routine at the start of each class, based on the new series Angelina Ballerina The Next Steps on PBS Kids and choreographed by the show’s dance consultants.

The pro-social campaign also includes a microsite on www.AngelinaBallerina.com. The site will include the program’s mission, partners, local news and events, and ways to get involved. The site features videos of each of the Angelina Ballerina Stars of Tomorrow dance classes in Kips Bay with a special “Meet the Stars of Tomorrow” section.

Alexander Doll Company will launch its new e-commerce website this month. The new portal will allow Madame Alexander fans to purchase dolls from current collections of collectible, play, and baby dolls directly from one central location. In addition, visitors will get an in-depth look into the history of the 87-year-old company.

This total redesign and enhancement of www.madamealexander.com will provide a wide audience of doll collectors with online shopping and access to all Madame Alexander experiences. Madame Alexander’s authorized retailers will be participating in this direct-to-consumer sales e-commerce site as Madame Alexander/Shopatron fulfillment partners.

This site will also feature up-to-date company news, a statement on toy safety, and a current listing of Madame Alexander dealers.