Paul Narula: Why is now a good time to bring the AvP franchise back to the market?

Tim Jones: We’ve been wanting to make this game for some time. It feels to us very much like Aliens vs. Predator has come home. At Rebellion, we’re passionate about both the game franchise and the original films. We are excited to return to this universe, and add to it once again. With new Predators and Alien movies in the works, it’s obvious that people continue to have a huge appetite for this franchise. 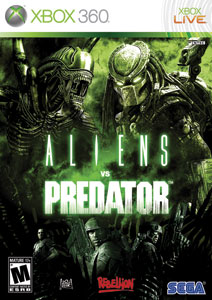 P.N.: What have you done differently with the newest game that hasn’t been done before? What classic elements of the franchise have you chosen to keep?

T.J.: The advances in technology and aesthetics mean we can bring a new level of immersion to the experience. Accessibility is also a big thing for us this time around. We wanted to make sure that we captured the extraordinary abilities of both the Predator and Alien and let players have fun with them. At the same time, we absolutely have to remain true to what has been depicted in the movies: The early levels hark directly back to Alien and Aliens, movies based around dark, claustrophobic, metallic interiors. But we wanted to reference Predator, too, which takes place largely in jungle exteriors. We hope you enjoy the progression, and variety.

P.N.: What are you doing to attract new fans to the franchise, while keeping the loyalty of long-time fans?

T.J.: It was crucial to capture the spirit and atmosphere of the world, and there are some cool references and homages for the observant fan. Yet, at the same time, it’s important to innovate, to add to the universe. So you’ll uncover some of the history of the Predator civilization, witness new aspects of the Xenomorph’s life cycle and discover how the three characters Lance Henriksen plays in the movies are linked. So while we’ve created something that’ll thrill the hardcore fans of the original title, it’s also something more casual gamers can pick up, play and have fun with immediately.

P.N.: What does the future hold for the AvP brand?

T.J.: The first downloadable content (DLC) is already available and adds two new general-purpose multiplayer maps and two new survivor maps. You can expect further DLC packs in the near future too!