TRU Readies for an IPO

Toys “R” Us (TRU) announced last week that it plans to go public raising as much as $800 million in an initial public offering. The company says that it will use the proceeds to pay off debt, which is about $5.2 billion, as well as for general corporate purposes. TRU, which will be listed under the ticker symbol TOYS, didn’t say how many shares it will sell.

Disney Outlines Plans for 2011 and Beyond 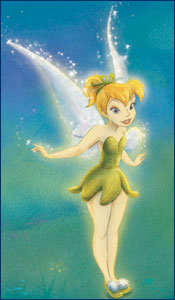 Disney outlined its plans yesterday for 2011 and beyond during an online press conference hosted by Andy Mooney, president of Disney Consumer Products. Just days before Licensing Show kicks off in Las Vegas, Mooney says that despite economic challenges in 2009, Disney focused on its core franchises, the concept of “newness” (he cited electronics and technology as examples) and “value” (citing a multiple pack of dolls as an example).

On the boys front, Phineas and Ferb as well as Tron were cited as growth properties with product that will launch later this year. Marvel is poised for global growth as Disney looks to manage the brand in-house on a global scale less than a year after its purchase. The fourth installment of the Pirates of the Caribbean franchise is expected in 2011.

Mooney says that Disney realizes that tween girls want to emulate not mimic its female tween stars and will position the stars as “fashion reference beacons.” For younger girls, certainly the Disney Princess brand continues to be a powerhouse while Fairies has now grown into a $1.3 billion brand. Mooney says that little girls can expect the “personalities to be amplified” for the other fairies who have not yet had character development.

The Disney Stores are expanding globally while as many as 300 existing stores are being redesigned. Disney says it is leveraging social media to reach the consumer as well as for insights into how consumers interact with the brand—especially moms. It is also looking to expand its e-commerce offerings.

Disney is expanding into drug and club stores, particularly in the U.S, where Disney sees those outlets as a strong growth opportunity. The company is also looking to expand its seasonal opportunities. Mooney says Disney is optimistic about Europe, citing Spain as an example where the Disney Channel is penetrating the market, which in turn, leads to increases in retail sales.

Mooney did say that Disney Consumer Products is looking to reach its goal of $50 billion in retail sales in less than seven years.

BCP Imports, maker of Sillybandz, has selected Brand Central to develop licensed product lines of Sillybandz and licensing out the brand to licensee partners.

Brand Central and BCP Imports have already identified several licenses they are seeking to acquire for the brand ranging from sports and television to entertainment icons and popular films.

The agency is also in discussions with several potential manufacturers who are interested in developing Sillybandz licensed products in categories such as apparel, headwear, arts and crafts, confections, and iPhone applications.

Prior to the establishment of ABG, James Salter and Kenneth Finkelstein, CEO of Knight’s Bridge, together with their partners, have developed a track record of successfully acquiring and operating a vast array of brands including Polaroid, The Sharper Image, Ellen Tracy, Tommy Armour, Linens n’ Things, The Bombay Company, Halston, Ride Snowboards, and Airwalk. Through ABG, James Salter and his team also provide management services for the Bob Marley family under its celebrity brand division. In previous ventures, together with his partners, James Salter has secured partnerships with celebrities including Sarah Jessica Parker at Halston and Lady Gaga at Polaroid to fuel brand recognition.

Warner Bros. Consumer Products (WBCP) named Bandai America, Inc., as the global master toy licensee for the animated series, ThunderCats. Under the new agreement, Bandai and its international affiliates will create and distribute products worldwide that will complement both the classic 1980s brand property, as well as Cartoon Network’s fresh take on the animated series currently in production at Warner Bros. Animation. The new television episodes are expected to air in 2011.