Sprout has announced expansion plans for its consumer products effort by signing Big Tent Entertainment as its exclusive U.S. licensing agency of record. Big Tent will represent the network to develop a fully-integrated Sprout presence at retail and create an umbrella consumer products program for kids ages 2–5 under the Sprout brand name. In addition, Big Tent will help introduce product based on the network’s growing roster of original programs including its newest series, The Chica Show and its signature bedtime block, The Good Night Show. 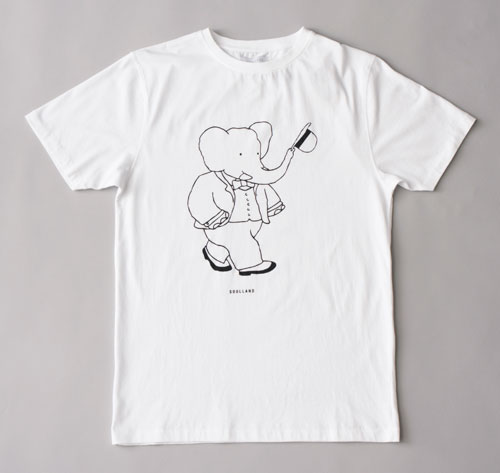 Nelvana Enterprises and The Clifford Ross Company announced that an exclusive collection of Babar menswear from Danish design company Soulland will be featured at the colette shop in Paris starting on April 1. The store will feature a window dedicated to Babar from April 1–6. The collection will be available through the spring and summer.

The Babar/Soulland collection is developed and distributed exclusively by colette and will soon be available in other shops such as Opening Ceremony (in New York and Los Angeles), Goodhood (in London), Hunting & Collecting (in Brussels), Soto et Voo (in Berlin) as well as others. 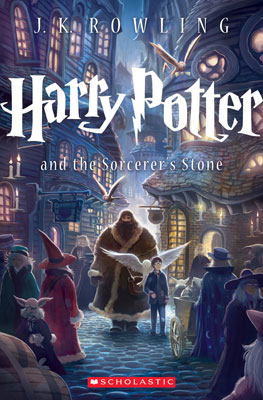 In celebration of the 15th anniversary of the release of the original Harry Potter and the Sorcerer’s Stone, Scholastic unveiled an all-new cover for the book. It is the first of seven new covers to appear on U.S. trade paperback editions, which are expected to launch in September.

The art for the new editions is by artist Kazu Kibuishi, best known for his No. 1 New York Times bestselling graphic novel series, Amulet. Each of the seven new covers will depict a distinctive and memorable moment from the respective book. The collection will also be released in September as a boxed set.

The original art for the series, created by Mary GrandPré will continue to be featured on the U.S. hardcover and digest paperback editions.

Scholastic also announced that in November, the company will release the first boxed set of the complete Hogwarts Library in the U.S., including Quidditch Through the Ages, Fantastic Beasts and Where to Find Them, and The Tales of Beedle the Bard. Sales of the Hogwarts Library will support two charities selected by the author, J.K. Rowling: Lumos, a charity founded by J.K. Rowling which works to end the institutionalization of children, and Comic Relief, a UK-based charity that strives to create a just world free from poverty.

The SGCompanies is moving its New York showroom location from 33rd Street to a larger space at 141 West 36th Street (at 7th Avenue). The new showroom, which is three times the size of the previous location, is situated on the top floor of the building. The SGCompanies provide footwear and apparel collections for adults and children.