John joins Build-A-Bear Workshop with more than 20 years of experience. Most recently, she served as president of the Stride Rite Children’s Group where she was charged with leading the 90-plus year old Stride Rite brand and retail business. She built a team and executed a strategy to streamline the business model and retail footprint resulting in the Stride Rite Children’s Group delivering strong wholesale sales growth and industry leading positive comparable store sales while improving profitability.

At Hasbro, she held roles of increasing responsibility during her seven-year tenure, including general manager and senior vice-president of the global preschool division in charge of global strategy and marketing for Playskool and Play-Doh and GM/SVP of the U.S. toy division where she managed a variety of brands including My Little Pony, Nerf, and Transformers. 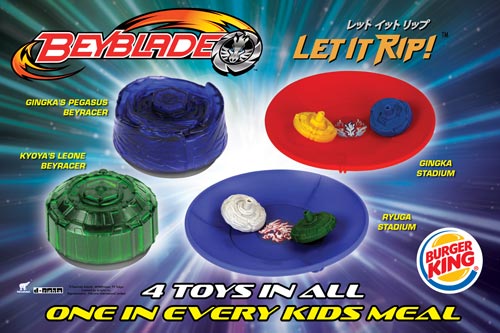 Nelvana Enterprises and d-rights, Inc., announced that Beyblade toy premiums will be featured in a Kids’ Meal promotion launching at Burger King restaurants in 70 countries. Each Kids’ Meal will include one of four different Beyblade toys.

The meals will be available at participating Burger King restaurants in territories worldwide, including the U.S., Canada, Latin America, Europe (excluding France), New Zealand, and the Middle East. The 2013 program follows last year’s Beyblade Burger King Kids Meal promotion, which featured Beyblade action racer toys and was available in more than 3,300 restaurants across international markets. This year’s program expands to include the U.S. and Canada and will be available at more than 11,000 locations and supported with on-air, online, and in-restaurant promotion. 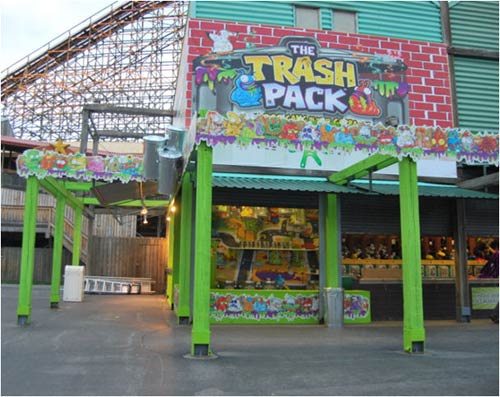 LaRonde is Eastern Canada’s largest amusement park. The facility, which opened as part of Expo ’67, now offers some 40 rides and attractions.