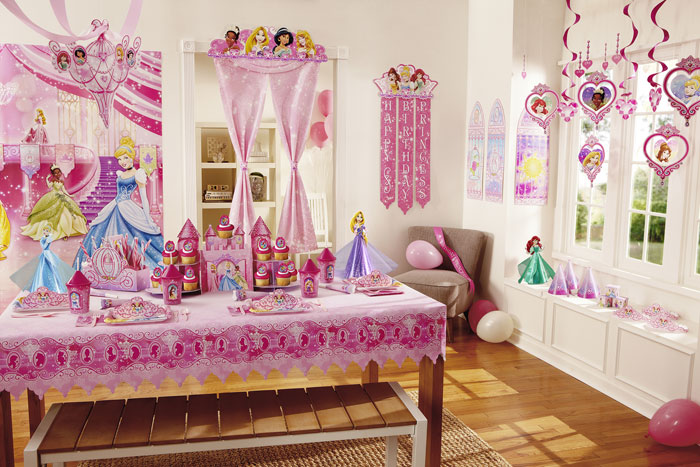 Create the Adventure: Games and activities that coordinate with the party theme. Each theme has a backdrop and props that can be used for picture-taking. Party games include a Disney/Pixar Cars Red Light, Green Light game, Spider-Man scavenger hunt, Pin the Bow on Minnie Mouse, and a Disney Princess Tiara Bingo game. Prices range from $2.99 to $7.49.

Remember the Fun: Kid-friendly souvenirs to send home with the guests. These include bottles of bubbles with wands, stickers, favor bags, and 48-piece party favor packs for eight guests. Prices range from $1.89 to $9.99 for packages with multiple favors.

Normalized net loss (non-GAAP) for the second quarter, which reflects an effective 37.5 percent tax rate, was $2.8 million, an improvement of 44 percent compared to $4.9 million a year ago. Normalized net loss per basic and diluted share (non-GAAP) was $0.04, an improvement of $0.03, or 43 percent, compared to $0.07 a year ago. LeapFrog provide normalized net income (loss) measures, which are non-GAAP measures, to help investors review the company’s performance and performance trends excluding discrete tax items which have historically been significant.

For the full year 2013, LeapFrog reiterating its guidance. The company expects:
• Net sales to increase at a high single-digit percentage growth rate compared to 2012.
• Operating margin to be relatively flat to 2012, as it makes long-term investments in content, new business categories, international expansion, online communities, and systems.
• Net income per diluted share (GAAP) and normalized net income per diluted share (non-GAAP) to both be in the range of $0.57 to $0.60. This assumes an effective 37.5 percent tax rate, which does not include one-time discrete tax items. LeapFrog may incur some discrete tax items in 2013, but is not able to estimate or anticipate those discrete tax items at this time, which primarily relate to any adjustment of our remaining valuation allowance against our deferred tax assets. For the full year 2012, net income per diluted share (GAAP) was $1.24 and normalized net income per diluted share (non-GAAP) was $0.56.
• Capital expenditures to be in the range of $30 million to $35 million, compared to $25 million in 2012, as the company makes long-term investments in the business. Capital expenditures include purchases of property and equipment and capitalization of product costs.

Sales for the Toys segment increased 4 percent compared to the second quarter of 2012, driven by higher product shipments in Preschool & Girls construction toys.

Sales for the Stationery & Activities segment were up 3 percent, the ninth consecutive quarter of year-over-year growth.

On a geographical basis, North American sales were 5 percent higher and international sales were level. Earnings before interest, taxes, depreciation and amortization (EBITDA) increased to $9.8 million compared to $9.2 million in the second quarter of 2012.

Selected Highlights:
• As of July 31, 2013, the Skylanders franchise has generated, life-to-date, more than $1.5 billion in worldwide retail sales.
• As of June 30, 2013, Blizzard Entertainment’s World of Warcraft remains the No. 1 subscription-based MMORPG, with approximately 7.7 million subscribers.

On July 25, 2013, Activision Blizzard announced that it reached an agreement under which the company will acquire approximately 429 million company shares and certain tax attributes from Vivendi, in exchange for approximately $5.83 billion in cash, or $13.60 per share acquired before taking into account any future benefit from these tax attributes.

In a related transaction, ASAC II LP, an investment vehicle led by CEO Bobby Kotick and Activision Blizzard co-chairman Brian Kelly, will purchase approximately 172 million company shares from Vivendi for approximately $2.34 billion in cash, or $13.60 per share. Following the completion of the transactions, which are expected to close by the end of September 2013, Vivendi will no longer be the majority shareholder, but will retain a stake of approximately 83 million shares, or approximately 12 percent. During the quarter, Activision Blizzard paid a cash dividend of $0.19 per common share, totaling $216 million, to shareholders of record at the close of business on March 20, 2013.

Based on its second quarter results, Activision Blizzard is raising its full year GAAP outlook. The company’s third quarter and full year net revenue and earnings per share do not include any potential impact from the transaction with Vivendi announced on July 25, 2013.