Creativity for Kids to Be Featured on Cake Boss Tonight

“We knew this cake had to be really special, memorable, and most importantly, an enormous secret,” said Jamie Gallagher, CEO of Faber-Castell USA. “It was a huge undertaking to keep something of this magnitude a secret from Phyllis.” 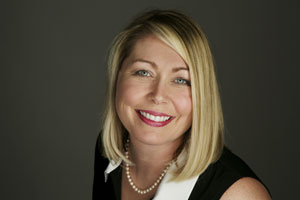 Toys “R” Us, Inc., announced the appointment of Melanie Teed-Murch as president, Toys “R” Us, Canada, effective September 1. In addition to overseeing the operations and business activities for the company’s Toys “R” Us and Babies “R” Us stores and e-commerce channel in Canada, she will be responsible for the continued growth, profitability, and success of the company in this market. She will report directly to chairman and CEO, Dave Brandon.

Since first joining the company in 1996 as a TRU store manager in Kitchener, Ontario, Teed-Murch has held a variety of senior leadership, merchandising, and operational roles with increasing responsibility, including her most recent position as Canada’s chief merchant.

She replaces Kevin Macnab who was promoted to executive vice-president, special assistant/office of the chairman, Toys “R” Us, Inc., in 2015.

TTPM is showcasing newest Kids Electronics. For the latest in Toys, Tots, Pets, and More as well as what’s trending, visit TTPM.com.