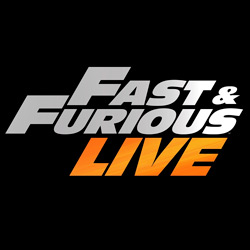 Universal has joined forces with Brand Events to present Fast & Furious Live, a global live-arena tour. Debuting in January 2018, the show will transport fans straight into some of the most memorable scenes and stunts from the $3.9 billion blockbuster film franchise.

The eighth installment of the film, The Fate of the Furious, will hit theaters April 17.

The growth was driven by the games and girls categories, with girls posting a record setting 50-percent increase thanks in part to the shipment of Disney Princess and Frozen, the launch of DreamWorks Trolls, and significant growth of Baby Alive.

Games category revenues rose nine percent with Magic: The Gathering revenues driving growth with a sales increase for its eight consecutive year. Face-to-face games such as Pie Face and the classic Monopoly also contributed to growth.

The announcement follows Playmobil’s recent moves into licensing with new 2017 sets based on blockbuster films Ghostbusters and How to Train Your Dragon.

A market leader for authentic, officially licensed sports merchandise, Fanatics works with the major professional sports leagues as well as collegiate powerhouses. Fanatics has an extensive e-commerce business and operates brick-and-mortar locations for the NBA, trackside stores for NASCAR, and in-stadium shops, such as Churchill Downs, at sports venues nationwide.

Gahagan is a career sports management executive with deep and varied experience leading large-scale businesses, and strategic growth for a host of organizations. He joined Fanatics in October 2016 to oversee the company’s strategy for new omni-channel growth opportunities and optimize service and support for its hundreds of professional and collegiate teams. Gahagan brings together a wide range of company capabilities, including e-commerce, apparel manufacturing, and Fanatics’ expanding in-venue and stadium business. His oversight helps ensure that the company’s partners can maximize the full range of growth opportunities available to them from Fanatics.

Prior to Fanatics, Gahagan was chief revenue officer at Ticketmaster, where he was responsible for the company’s business throughout North America, and spearheaded its league-wide enterprise deals with the NBA, NFL, and NHL. He joined Ticketmaster in 2010 following the company’s merger with Live Nation. Prior, he served as senior vice-president, business development and strategy for Live Nation e-commerce.

The Keynote address is part of the wide-ranging lineup of Licensing University educational programs organized by LIMA that begins Monday, May 22 and runs through Thursday, May 25. All of the sessions are designed to help attendees acquire new strategies, ideas, and practical solutions to help grow their businesses.