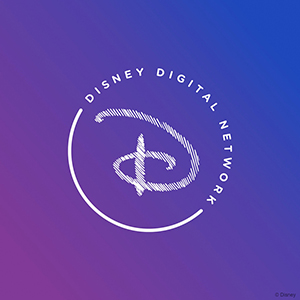 At the annual IAB Digital Content NewFronts in New York City on Tuesday, Disney unveiled Disney Digital Network, which aims to creates digital-first stories and delivers them to Millennial and Gen Z audiences through the platforms and influencers. The network reaches more than one billion followers and publishes more than 6,000 pieces of content every month, according to Disney. It is made up of editorial sites, more than 300 social media channels, and a curated network of hundreds of influencers.

The Disney Digital Network will offer a full-spectrum of marketing services including co-branded Disney content for Gen Z and Millennial audiences that are distributed at scale through micro-content, short-form video, and social media influencers across all major platforms. Through diverse distribution options, deep relationships with the largest platforms (Facebook Anthology, Twitter Amplify, and YouTube), and powered by Disney first party data, Disney seeks to deliver a robust slate of solutions to advertising partners. All of this will be packaged for advertisers through an in-house marketing services group, Disney Co/Op, and its four key areas of expertise: custom branded content, audience and distribution, data and insights, and influencer marketing.

Spin Master announced the acquisition of Marbles, the maker of brain-building games, gifts and gadgets for all ages.

Marbles started as a kiosk in a Chicago-area mall in 2008, and grew into a 40-store retailer, e-commerce, catalog and product business known for its specialized portfolio of games with brain benefits, including Otrio. The heirloom-quality games, recognized for their coffee table-worthy style, are as beautiful to display as they are engaging to play. Each game within the Marbles portfolio is reviewed by a panel of brain-health experts to ensure the brand is building products with the brain in mind. The announcement marks Spin Master’s ongoing efforts to build its games offering, following the 2015 purchase of Cardinal Industries and subsequent acquisition of Editrice Giochi SRL in 2016. According to the NPD Group, Spin Master is currently among the top three manufacturers in the games and puzzles category.

“The acquisition of Marbles further demonstrates our commitment to the games category, as well as our consistent efforts to support our key growth strategies to selectively buy assets, such as Marbles, that will create future value for our shareholders,” says Ben Gadbois, president and COO, Spin Master. “We continue to drive value through strategic acquisitions and leverage scale internationally using Spin Master’s global sales and distribution infrastructure.”

Marbles assets were sold through a bankruptcy court approved sale process and include all of Marbles’ proprietary and licensed games, warehoused inventory, and the Marbles name and website. The sale did not include any of the Marbles retail assets. Spin Master submitted the initial bid for the assets and subsequently emerged as the successful bidder at the conclusion of the sale process on April 24. The court overseeing the Marbles bankruptcy case issued an order approving the sale to Spin Master on April 26. Spin Master closed the acquisition of the Marbles assets on April 28. A transition services agreement is currently in place and Marbles employees will assist in a seamless transition. Scott Brown, Marbles co-founder and Chief Merchant, will be joining Spin Master.

Confirming the powerful role that the Digital Content NewFronts plays in media buying decisions, nearly nine in 10 advertisers (88 percent) said that they increased their original digital video budget as a result of attending the 2016 NewFronts. More than three-quarters (77 percent) agreed that the 2016 NewFronts encouraged them to investigate ways to incorporate VR or 360-degree video advertising into their marketing strategy. The 2017 NewFronts is poised for even greater impact, with marketers and media buyers planning to allocate more of their original digital video budget at this year’s event than ever before—a full 40 percent, up from 37 percent in 2016.

“Original digital video is an inventive and engrossing medium that is increasingly being leveraged by advertisers to reach and engage consumers,” said Anna Bager, Senior Vice President and General Manager, Mobile and Video, IAB. “As video evolves with the introduction of VR and 360-degree technologies, we can expect to see original digital video play an even bigger part in brand strategy. The study also underscores the strength of the NewFronts as a critical industry event where marketers and media buyers find inspiration and budget allocation happens—all driving further growth across the original digital video landscape.” 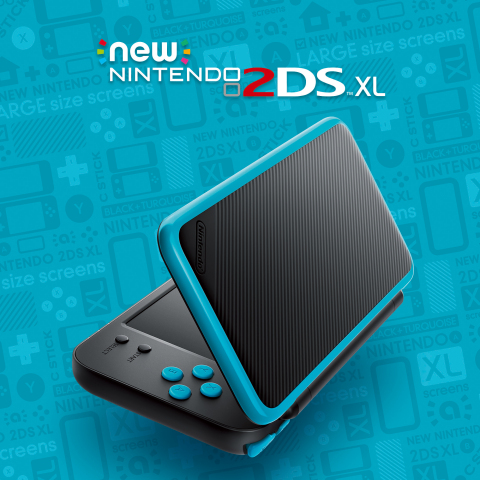 The new system will be available in a black/turquoise color, and will use the same sized large screen found on New Nintendo 3DS XL systems. As the name of the new system implies, visuals will be displayed in 2-D only. The system is lighter but still packs the same power as New Nintendo 3DS XL, and has built-in NFC support for amiibo cards and figures. It can play the massive library of quality Nintendo 3DS, New Nintendo 3DS and Nintendo DS games in 2-D. Nintendo systems are also the only dedicated video game systems where people can find characters and game franchises such as Mario, Peach, Yoshi, Kirby, Pokémon, Fire Emblem, Mario Kart, Super Smash Bros., Animal Crossing and The Legend of Zelda.

Amazon announced a brand-new Amazon Original Kids Series, Dino Dana, will premiere on Friday, May 26 on Prime Video in the U.S. and the UK. A follow-up to the 2015 Emmy award-winning series Dino Dan: Trek’s Adventures, Dino Dana is a preschool program that takes viewers to a whole new level of dinosaur encounters. Combining live-action with CGI animation, the series features 11 new prehistoric creatures and, for the first time, two sisters.

After a chance encounter with Trek and his Dino Field Guide, Dana (Michela Luci), a “paleontologist in training,” begins to see dinosaurs all around her. Every episode shares interesting dinosaur facts and applies them to kid-relatable experiences. Created by J.J. Johnson (Dino Dan, Annedroids), the series is executive produced by Sinking Ship partners Johnson, Blair Powers and Christin Simms with animation executive produced by Matthew J.R. Bishop.

“Dino Dana continues our mission of presenting our audience with a range of dynamic female lead characters,” says J.J. Johnson, partner and executive producer at Sinking Ship Entertainment. “Perpetual thanks to our collaborators at Amazon who continually encourage us to push boundaries and tell stories that will resonate with all kids.” Dino Dana will be part of Prime Video’s growing line-up of Originals for kids and families which already includes Sinking Ship Entertainment’s Emmy-nominated series Annedroids and Bookaboo.

Prime members will be able to stream the series using the Amazon Prime Video app for compatible TVs, connected devices, including Amazon Fire TV and mobile devices, or online at www.amazon.com/kidsoriginals, at no additional cost to their membership. Members can also download select titles to mobile devices for offline viewing. Dino Dana will also be available as part of Amazon FreeTime Unlimited, the all-you-can-eat subscription service designed from the ground up for kids. FreeTime Unlimited is available exclusively on Amazon devices, including Amazon Fire TV and Fire tablets, and a year-long subscription is included with every Fire Kids Edition.