Corus Entertainment’s Nelvana and Discovery Communications announced the formation of a new venture to produce a new pipeline of content for the kids’ market in Canada, Latin America, and around the world.

Based in Canada, the yet-to-be named venture operates independently of Corus, Discovery and Nelvana’s other services, and is dedicated to the production of premium children’s content across linear and digital platforms. The venture combines the strength of the hugely successful Discovery Kids business in Latin America, and Corus’ high-ranking suite of kids’ channels in Canada – both of whom will
commission content from the new production company.

Nelvana is a Canadian animation company, producer and distributor of children’s content including Babar, Franklin, Max & Ruby, Ranger Rob, Mysticons and Hotel Transylvania: The Series. Nelvana licenses its content in more than 160 countries and Corus operates five of the top five kids’ channels in Canada, according to Numeris PPM Data.

Discovery Communications is one of the biggest media and entertainment companies in the world with a massive global footprint in more than 220 countries and territories. Discovery Kids is the number one pre-school network in Latin America, the top pay TV network in Brazil for eight years, and operates the popular Discovery Kids Play digital app. The venture increases Nelvana’s production and distribution business on a global scale, and is the next step in Discovery’s expansion of its kids’ business.

Creation of the new venture extends the relationship between the two companies, with Nelvana already providing several series to Discovery Kids. The venture will acquire intellectual property rights to agreed brands, characters, and concepts from Nelvana and Discovery for development and production for the global kids’ market. 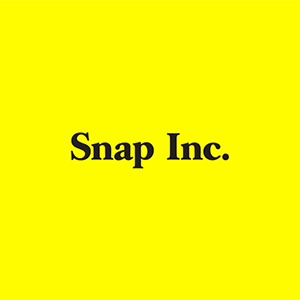 NBCUniversal and Snap Inc. have joined forces to create a new digital content studio. Based in Santa Monica, Calif., the joint venture will make made-for-mobile programming to primarily debut on Snapchat. The initial focus will be to develop and produce Shows, including scripted and other genres, for the platform. NBCUniversal and Snap Inc. have equal equity stakes in the new venture.

Lauren Anderson has been named chief content officer for the digital content studio. Anderson, a veteran of NBC Entertainment, brings a wealth of creative experience to the role. Most recently, Anderson was senior vice-president of primetime programming at NBC, where she developed and/or oversaw scripted series including Parks and Recreation, The Office, The Carmichael Show, and The Good Place. As chief content officer, Anderson will work with creative talent from across the industry while continuing to collaborate with talent from the NBC Entertainment network and studio families under the strategic guidance of Jennifer Salke, president of NBC Entertainment.

The joint venture’s first deal will be with the Duplass Brothers’ creative shop, Donut. Mark and Jay Duplass founded Donut Studios earlier this year to collaborate with platforms and brands to create entertainment content, in addition to championing the talent and ideas of a new generation of filmmakers by executive producing projects that bring new creators forward (as they did with their hit animated show Animals on HBO). Between them, they have produced, written, directed and acted in numerous film and TV series, including the recent HBO series, Togetherness and Room 104.

Last September, Snap Inc. first launched a new format on its Discover platform: Shows, mobile TV-like content filmed for Snapchat. NBCUniversal was Snap’s first partner for Shows, and led the way in reimagining TV franchises for the mobile experience with the launch of The Voice on Snapchat, which was recently nominated for an Emmy award. Since then, NBCUniversal has worked with Snap to develop and produce a number of Shows across a variety of genres, including entertainment news (E!’s The Rundown) and the first daily news Show for Snapchat (NBC News’ Stay Tuned).

NBCUniversal also developed Discover content produced by BuzzFeed for the 2016 Rio Olympics, which generated more than two billion views throughout the Games. NBC Sports will expand its partnership with Snapchat and BuzzFeed for the 2018 Winter Games in South Korea. Additionally, NBCUniversal made a strategic investment of $500 million in Snap Inc. as part of its initial public offering.

Coinciding with this announcement, Hulu and Microsoft have partnered to debut two never-before-seen premium VR projects: The Driver and A Curious Mind. These two immersive VR experiences are available exclusively to Microsoft Mixed Reality headset users for the next 30 days. After 30 days, The Driver and A Curious Mind will be available across all Hulu VR-supported platforms, including Gear VR, PSVR, Daydream, and Rift.

In The Driver, players jump in the front seat with NASCAR driver Jeffrey Earnhardt, and experience  being on the racetrack while driving more than 150 miles per hour. The piece was developed specially to simulate g-force and give player’s a true-to-life NASCAR experience.

In the pop science virtual reality show, A Curious Mind, The Lord of the Rings star Dominic Monaghan takes viewers on an immersive journey into Earth’s scientific concepts and phenomenons.

The Hulu VR app now has over 85 pieces of premium virtual reality content available instantly across all major VR headsets. It’s free to download, with or without a Hulu subscription. Hulu subscribers can stream Hulu’s entire library of 2-D content in 3-D environments such as the newly released Haunted House virtual environment.

Pocket.watch, a media brand that creates, acquires, distributes and curates content for kids age 2-11 across a variety of platforms, partnered with Butch Hartman, creator of the Nickelodeon television series Fairly OddParents, Danny Phantom, T.U.F.F. Puppy and Bunsen Is a Beast, to create and produce three new animated series for kids alongside pocket.watch Chief Content Officer Albie Hecht. The series, already in development, include one idea based on Hartman’s own creation; another original idea from pocket.watch’s existing development slate; and the third featuring the kids from the popular YouTube family of channels HobbyKidsTV, which was named pocket.watch’s first creator partner in April.

As the first series fast-tracked by pocket.watch, HobbyKids Adventures will feature the animated exploits of three brothers from the YouTube channel HobbyKidsTV. Transformed into cartoon adventurers by Hartman, HobbyPig, HobbyFrog and HobbyBear (and his alter ego HobbyHuge!) can go anywhere and in any genre in their time-bending Giant Egg, which is modeled after the Giant Surprise Egg that rocketed the HobbyKidsTV YouTube channel to fame.

In addition to his production slate, as part of his non-exclusive three year deal, Hartman will also be named senior creative consultant, responsible for providing creative input into pocket.watch‘s digital channels, creator partnerships, and premium content. 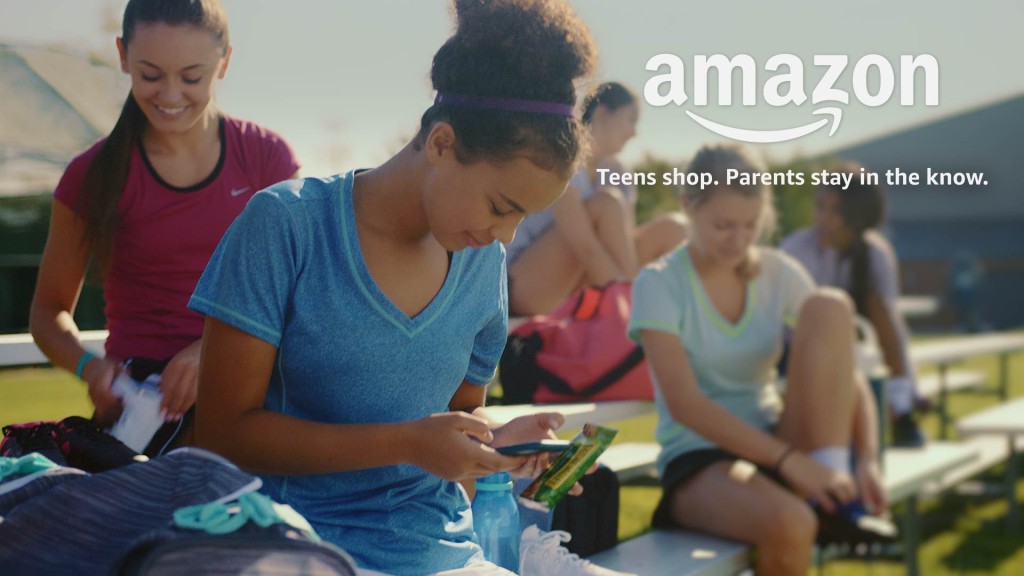 Amazon introduced a new way for teens, ages 13–17, to shop on Amazon with their own login. For the first time, teens can independently use the Amazon App, allowing them to shop or stream content while still keeping their parents informed. Parents can approve all orders or set pre-approved spending limits per order—offering teens a customized level of autonomy that can change and grow as they do. Teens and parents can learn more and sign-up at amazon.com/forteens.

When teens finds something they wish to order, they can place the order on the Amazon App, and parents will receive a text or email showing the item, cost, shipping address, and payment information. The teen can also include a personalized note such as, “This is the book I need for class.” The parent can approve the order by text or they can visit their orders page to review it in more detail. By default, parents approval is required for every order. Parents can choose to skip the approval step, and set pre-approved spending limits. Parents receive itemized notifications for every order and can cancel and return any item in accordance with Amazon’s policies.

To sign up, teens can send an invitation to their parent through either SMS or email. The parent will choose a payment method and shipping addresses their teen can use when placing orders. Once a teen receives an invitation, they can create their own user name and password, and then download the Amazon App to start shopping.

For parents who have a Prime membership, they can share select benefits with their teen at no additional cost, including Prime Shipping, Prime Video, and Twitch Prime.

American Plastic Toys  joined employees, local officials, and representatives from Walmart last week to celebrate the local manufacturing of toys and the creation of 80 new local jobs as part of Walmart’s 10-year commitment to buy an additional $250 billion in products supporting American jobs by 2023.

“Walmart has made a significant difference in our growth in local manufacturing jobs,” says John Gessert, president, American Plastic Toys. “Our long-term relationship with Walmart has kept jobs here in Walled Lake and allowed us to expand our workforce and product offerings.”

Based on data from Boston Consulting Group, it’s estimated that 1 million new U.S. jobs will be created through Walmart’s initiative, including direct manufacturing job growth of approximately 250,000, and indirect job growth of approximately 750,000 in the support and service sectors. In addition to 80 new local jobs, American Plastic Toys currently employs more than 200 people in their four Michigan facilities.

“Our customers have told us that second to price, where products are made influences their purchase decisions,” says Cindi Marsiglio, vice president, U.S. manufacturing. “We are focused on buying great quality products that create jobs in communities across the U.S. It makes sense for our customers, our communities and our company.”