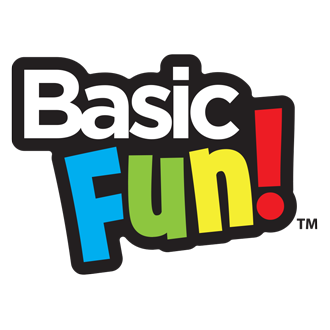 The Bridge Direct and Tech 4 Kids, which recently merged operations, announced that they will move forward together as Basic Fun! A division of The Bridge since it was purchased with Good Stuff Corporation in 2013, Basic Fun has a 25-year history of developing and marketing novelty and retro toys and has seen a resurgence since its acquisition. Emerging as the new Basic Fun!, founders Jay Foreman and Brad Pedersen plan to chart a course to become a top 10 company within the toy industry.

Brad Pedersen will serve as president of the new Basic Fun! with Jay Foreman serving as CEO. The company’s head office will be located in Boca Raton, FL, with regional offices in Hong Kong, Los Angeles, and Toronto.

The company’s expansion plans include a dynamic five-year approach to grow through a disciplined acquisition strategy and continued organic development. A recent outcome of this growth strategy is the acquisition of Uncle Milton, which the Bridge Direct completed in April 2017.

The new Basic Fun will preview its lines and new products at Fall Toy Preview in Dallas. To find out more about the merger, read the company’s profile in the latest issue of TFE.

ChizComm Ltd. and executive producer Harvey Glazer have teamed in a joint venture, kidsistr, a new commercial production company.that will specialize in television commercials, digital and multipurpose sizzle reel productions, and offer a fresh twist on commercial and content marketing.

Glazer, a director and producer with nearly 20 years experience, is internationally recognized for his work in film, TV, commercials, and music videos. His portfolio consists of videos with trending and A­‐list artists such as Drake and Rihanna, high-profile entertainment brands, and feature films.

“I can’t express my excitement to be announcing this new joint venture with my long-time, childhood friend Harv,” says Chizick. “Launching kidsistr completes the circle of marketing tools that is within ChizComm’s tool belt to help elevate the brands of our clients and to those in the world of consumer product and entertainment. Kidsistr has fresh perspective and a gritty team willing to roll up its sleeves and do things that break the conventional mould.”