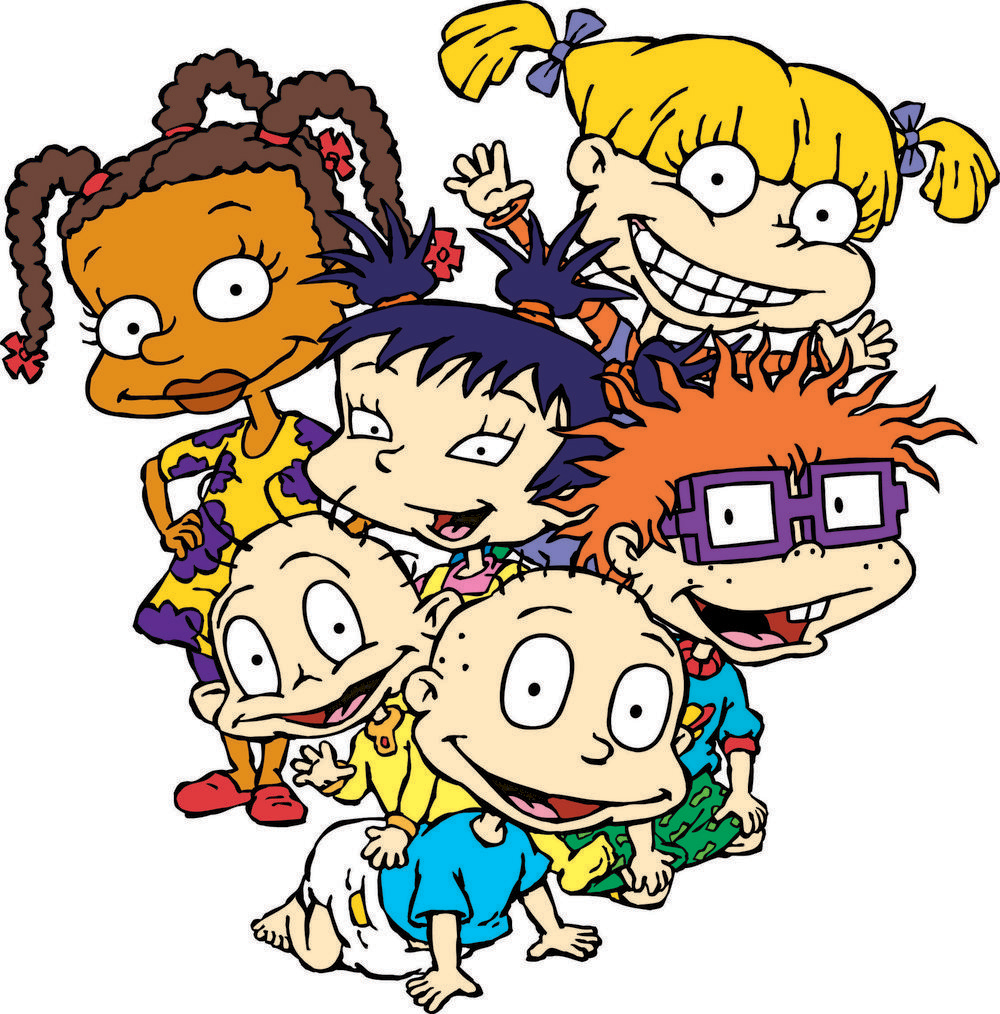 Hang onto Your Diapers, Rugrats Returns for a New Generation of Kids

Viacom’s  flagship properties Nickelodeon and Paramount Pictures announced a relaunch of the iconic kids’ TV series Rugrats, with a 26-episode greenlight from Nickelodeon, and a live-action film featuring CGI characters from Paramount Players. Both the TV series and the movie will include new adventures with characters Tommy, Chuckie, Phil, Lil, Susie and Angelica, and will also introduce a new world of characters. Original creators Arlene Klasky, Gábor Csupó and Paul Germain will return to the TV series as executive producers. Nickelodeon’s Rugrats will be produced in Burbank, Calif., with production already underway. Additional news of the TV series, airdate and casting–and Reptar sightings–will be announced in the coming months.

The Rugrats movie will be written by David Goodman and is set to be released on November 13, 2020 by Paramount Players, the division of Paramount Pictures that develops and produces co-branded feature films with Viacom’s leading media networks. Rugrats is the seventh film title announced in connection with this cross-company initiative.

“Rugrats is hands-down one of the most celebrated cartoons in TV history, and we are thrilled for a whole new audience to meet these iconic characters in brand-new adventures,” says Sarah Levy, COO, Viacom Media Networks; and interim president, Nickelodeon. “What was true in 1991 when the original show premiered is still true today: kids are fascinated with the world of babies. We can’t wait for today’s kids to meet Tommy, Chuckie and pals.”

Rugrats joins the recently announced return of Blue’s Clues as the latest classic original series Nickelodeon is bringing back for today’s generation of kids and families. Nickelodeon produced and aired an all-new Hey Arnold! special in 2017, and has announced the return of two more beloved titles as forthcoming specials: Rocko’s Modern Life and Invader Zim.

“Now feels like the ideal time to reintroduce this iconic cast of characters to a whole new generation of young fans,” says Brian Robbins, President of Paramount Players. “Kids who grew up with Tommy Pickles and the Rugrats crew will now be able to share that experience with their own children.”

The original Rugrats series launched in August 1991 and instantly became a groundbreaking phenomenon, spawning consumer products, three theatrical releases, and cementing its place in pop culture history. Rugrats was in production for nine seasons over the course of 13 years. The series earned four Daytime Emmy Awards, six Kids’ Choice Awards and its own star on the Hollywood Walk of Fame.

UBM announced the relocation of Brand Licensing Europe (BLE) to ExCeL London from 2019 as part of the organizer’s strategy to evolve the show; attract even more European licensees, retailers and licensors; and improve the customer experience for both visitors and exhibitors.

UBM was attracted to the venue for its accessibility and flexibility of space as well as the after-hours social scene the area has offered following the 2012 Olympic regeneration program.

The new transport connections (the Elizabeth Line opens December 9, running every 2.5 minutes, and a direct link from ExCeL to Heathrow Airport is just 40 minutes) plus the regeneration of the local area will also have wider implications for improving the customer experience at BLE, according to UBM. The number of hotel rooms within a five-minute walk has more than doubled since 2009 to 2,700. The Elizabeth Line also makes it possible to travel to an additional 40,000 rooms, suited to any and all budgets.

ExCel provides roughly 328,084 square feet of pillar-free exhibition space space along with access to more than 40 purpose-built meeting rooms, and a 600-person Platinum Suite. Plans are already underway for BLE 2019 This new space will also allow the UBM team to redraw the floorplan to make it fairer for all exhibitors no matter how big or small, improve navigation and layout and rethink its screenings program.

In addition, UBM plans to to transform the live experience for visitors and exhibitors with increased and improved activations and experiential installations, more interactive feature content and new branding and sponsorship opportunities for exhibitors.

Show sponsor the International Licensing Industry Merchandisers’ Association (LIMA) is in full support of the move. “One of LIMA’s primary missions is to advance licensing around the world, and we are confident that the move of BLE to ExCeL London in 2018 will foster the growth of the show and of the licensing business itself,” says LIMA President Maura Regan.

Trivia Treat is a free Amazon Alexa game skill, featuring hundreds of questions in categories that range from science and history to pop culture and sports that will have players coming back for more as new games are released each day. Trivia Treat brings a fun-filled new digital dimension to King Features’ history of developing engaging games and puzzles.

RadioShack Takes Another Step in Comeback with HobbyTown Deal

Last Friday, the New York Post reported that Radio Shack is making yet another comeback. A new deal signed with HobbyTown USA will bring RadioShack express shop-in-shops to 50 HobbyTown locations, with the potential to expand to 100 stores or more if successful.

The first of these retail locations opened this week in Mooresville, North Carolina, according to the Post.

Under the terms of the agreement, HobbyTown will buy RadioShack merchandise to offer it to its customers. The deal also paves the way for HobbyTown to offer additional services, such as cellphone repairs in stores.

Earlier this year, the electronic retailer emerged from its second bankruptcy filing in a three-year span with roughly 400 dealers remaining, mostly in rural locations, and its digital presence intact. This was thanks to a similar partnership with Sprint, which brought Sprint express shops into RadioShack.

Yvolution announced a new relationship with Sino Foreign Trading, now the majority shareholder in Yvolve Sports Ltd., as Yvolution is known outside of the U.S.

“We are very excited to enter this new chapter in Yvolution’s history and know that we have a bright, strong future ahead of us,” says Padraig Bracken, executive vice-president and commercial director, Yvolution. “It is exciting to know that we will be able to continue pursuing our mission of developing innovative, versatile and quality ride-ons that promote a healthy lifestyle for children.”

As part of the new relationship, Sino Foreign Trading will provide the support to strengthen the company to expand, allowing Yvolution to continue to ride the success of products including its Y Fliker scooter, while paving the way for future innovation.

Stan Lee’s Work Force will revolve around the place where Stan feels most at home: his office. But what looks like a regular company with ordinary employees is anything but, since Stan leads a team who are as super as any of his own creations. The series follows the fantastical adventures Stan and his superhero staff embark on from 9-5, as an ordinary day at the office can entail meeting a publishing deadline, or dealing with an inter-dimensional monster attack.

The comedic episodic novel debuted on therealstanlee.com, with new chapters being released every Tuesday and Thursday.

The announcement comes after last week’s news that Stan Lee had dropped the previous $1 billion lawsuit  he had against Pow! Entertainment.