The cards can be used for online purchases and anywhere Debit MasterCard is accepted and offers Emily-fan cardholders exclusive access to Emily the Strange merchandise discounts and promotions.

Gator Group has announced the MYPLASH deal as part of an aggressive, multi-year global licensing strategy for Emily the Strange to span numerous product categories and distribution channels. New licensing deals from Gator Group include apparel, accessories, room décor, electronics, and stationery partners as well as a few announcements to be made at San Diego Comic Con, which begins July 22. 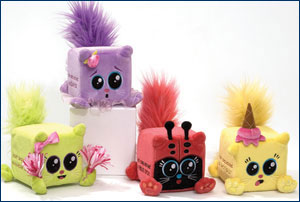 Each cat is branded with catchy phrases designed to foster creativity and individuality, such as “Not Squared to Be Sweet” or “Not Squared to Dance.” The essence of the property is to encourage self-expression and empower young people to take pride in who they are and what they believe in.

Squaredy Cats is represented for licensing by Redasign Studio, the boutique agency run by Robert Reda and Kim Winkeleer.

Sanrio, Inc., and MEGA Brands, Inc., announced that they have entered into a two-year North American licensing agreement to develop construction toys based on the Hello Kitty brand. The line will make its debut in U.S., Canada, and Mexico in the spring of 2011.

Licensed products will include men’s, women’s, and children’s luggage; duffels; garment bags; and trunks. There will be additional accessories including grooming sets, travel kits, passport cases, etc. This Yak Pak line will be sold at department store and specialty retailers where Yak Pak is currently sold. 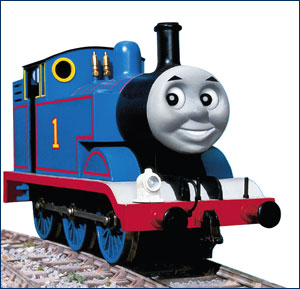 HIT Entertainment and The Upper Deck Company announced the release of Thomas & Friends Sodor Adventures Collectipak. The 18-card set includes stickers, tattoos, and pop-up cards of the most popular characters including Thomas, Percy, James, Emily, Sir Topham Hatt, and more. The first installment of Thomas & Friends Collectipak is an easy-to-learn activity based on the travels of Thomas and his engine friends on the Island of Sodor.