Warner Bros. Consumer Products and Pressman Toy Corp., announced a line of board games and puzzles based on Warner Bros. Pictures’ computer-animated family film Happy Feet 2. The film, scheduled to be in theaters November 18, 2011, will be shown in 3-D and 2-D and IMAX. Pressman’s line will be available at mass and specialty retailers nationwide in the fall.

HIT Entertainment announced a deal with Betty Crocker to produce fruit-flavored snacks based on Thomas & Friends. The Thomas & Friends Fruit Flavored Snacks will be available in June at grocery and mass market retailers nationwide. The products come in six different fruit flavored snack characters with strawberry, grape, orange, and cherry flavors. They are 80 calories per pouch, fat free, and a source of vitamin C.

Produced by Sinking Ship Entertainment, each episode of Dino Dan takes viewers on a journey with Dino Dan and his friends as they encounter incredible computer-generated dinosaurs and learn about dinosaurs, their surroundings, and the importance of the scientific method.

The show premiered on Nick Jr. in October 2010. 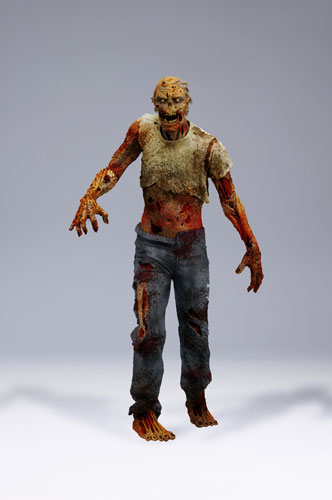 “Kirkman has created a world that is macabre and suspenseful with deeply drawn characters: both human and zombies,” said Todd McFarlane, McFarlane Toys CEO, in a statement. “Working with the creative talents of Kirkman and AMC, we have planned figures lines that authentically represent both the television and comic series—including mind-blowing details, likenesses, and play action. We want to push the envelope so that the true essence of The Walking Dead series is captured.”