WWE and Kmart announced their first-ever exclusive children’s apparel line called Never Give Up by John Cena, which will debut this fall in Kmart stores nationwide as well as on Kmart.com and ShopYourWay.com. Customers can purchase merchandise, including shirts, hoodies, pants, shorts, outerwear, headwear, and accessories all inspired by WWE Superstar and current WWE Champion John Cena.

Maxim Enterprise, Inc., announced that it has entered into an agreement with Hasbro to manufacture a new range of products under the Playskool, Mr. Potato Head, and Tonka brands. The product offering will span from basic preschool items, room décor, storage, collectible toy replicas, to developmental activities, vehicles, and furniture items across the three brands. The first round of product will be available at retail this summer.

Available in infant, children, tween, and adult sizes, the Man of Steel Costume Collection includes: Superman; his Kryptonian father, Jor-el; the villainous General Zod; and his second in command, Faora.

Man of Steel stars Henry Cavill in the role of Clark Kent/Superman, which opens on June 14. 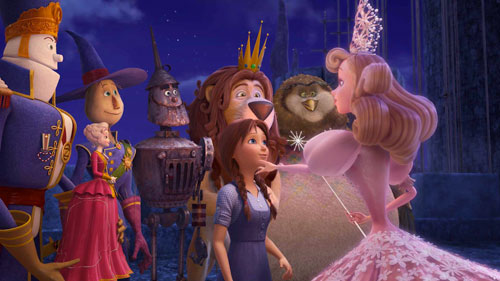 Slated for a theatrical release in May 2014 in the U.S. and Canada, it will be accompanied by the release of the movie’s soundtrack by Sony Music and a DVD/Blu-Ray release will follow from 20th Century Fox Home Entertainment in fall 2014.

The CDM Company has been hired to represent Summertime Entertainment for promotional and partnership campaigns. Key categories include QSR/family dining, CPG, pet retail and pet care, insurance, hospitality, and cause related tie-ins.