Jay Franco Signed for Marvel’s Guardians of the Galaxy

Marvel Entertainment announced that it has signed Jay Franco for home décor for Marvel’s Guardians of the Galaxy.

Jay Franco will develop an extensive line of bedding, pillows, bath accessories, and beach products inspired by Marvel’s latest film, which is expected in theaters August 1, 2014. The line is expected to launch at retail summer 2014.

Big Tent Entertainment announces two new deals for Domo for costumes, accessories, and more. The new agreements with Leg Avenue and Buckle-Down will introduce a range of Domo products throughout the U.S. and Canada.

Leg Avenue will introduce a line of Domo costumes for adults, young adults, and kids, as well as leggings, arm warmers, and costumed hoods. Buckle-Down is extending its partnership with Big Tent Entertainment to develop a line of high-quality belts and accessories. 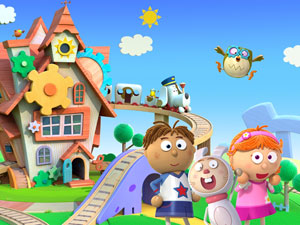 The party goods range will be complimented by a collection of cake & cupcake decorations by Bakery Crafts. The product will include cupcake rings and picks, edible images for cakes/cupcakes/cookies, candles, and candle holders. Products are expected to launch Q1 2014 at mass, specialty, grocery, and online.

InCharacter Costumes will create Halloween costumes for toddlers and preschoolers. Products will launch fall 2014 across all channels of distribution.

The deals were brokered by Established Brands on behalf of Zodiak Kids.

Knockout Licensing announced that Weeks Roses has been granted the right to breed new hybrid rose varieties inspired by the Downton Abbey TV series and to then sell its Downton Abbey roses to nurseries, garden centers, and wholesale traders who cater to independent retailers around the world.