Jakks Pacific, Inc., announced a long-term licensing agreement with Skechers USA, Inc., to manufacture, distribute, and market a line of toys and products inspired by the Skechers lifestyle and entertainment brand, and the Twinkle Toes children’s footwear brand. The agreement encompasses multiple product categories including collectibles, dress-up and roleplay, Jakks’ miWorld line of miniature play environments, and a line of Skechers Twinkle Toes-themed Cabbage Patch Kids, which will launch in June.

Under the agreement, Jakks will launch a miWorld Skechers playset. The Skechers playset will be compatible with the miWorld Mall DreamPlay app, which utilizes patented iD recognition technology to bring the miWorld playsets to life on smartphone and tablet devices.

Simba Dickie Signed for Masha and the Bear 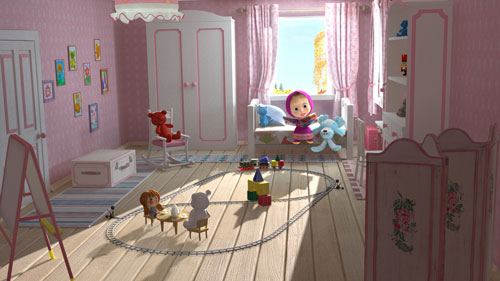 Ink, on behalf of Masha and the Bear, announced that it has signed a Europe-wide master toy licensing agreement with Simba Dickie.

Masha and the Bear chronicles the adventures of a little girl called Masha and the bear who becomes her reluctant playmate. Having established itself as the biggest brand and one of the most popular shows in Russia, Masha and the Bear is now going global and agreements are in place with major broadcasters across Europe and the rest of the world to screen the cartoon.

The agreement is one of the first steps in the global licensing program for Masha and the Bear. Ink is looking to replicate the success of the brand in the Russian market, where more than 100 partners are in place, generating more than 1,000 individual SKUs across categories including publishing, puzzles, confectionery, home décor, digital, toys, and fashion. Some licensees currently include Kinder, Egmont, Orkla, and Ferrero.