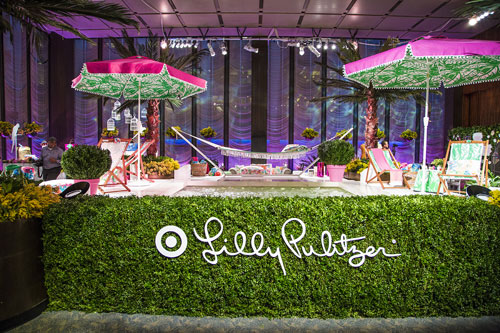 Target announced that its latest designer collaboration is with Lilly Pulitzer. The limited-edition collection features 15 exclusive prints, which are original works of art, created by Lilly Pulitzer artists specifically for Target. Available exclusively at all Target stores in the U.S. and Canada and on Target.com beginning April 19, the 250-piece collection includes apparel, accessories, and shoes for women and girls, as well as home accents, outdoor entertaining accessories, beach gear, travel essentials, and more. Lilly Pulitzer, known for exuberant prints and patterns, is a modern yet timeless take on American resort wear inspired by Palm Beach, Fla.

eOne Has European Rights to The BFG

Entertainment One Licensing (eOne) announced that it has acquired the pan-European licensing rights to the upcoming DreamWorks Studios film, The BFG, which will be directed by Steven Spielberg.

Adapted from Roald Dahl’s children’s book, The BFG is expected to be released in summer 2016 and eOne will be distributing the movie in all media in the UK. eOne will create a fully integrated campaign across all areas to support the film’s release. eOne will work closely with Striker Entertainment, which is the agent for all other remaining territories.

The BFG, which is short for Big Friendly Giant, is the tale of a young London girl and the mysterious Giant who introduces her to the beauty and peril of Giant Country.

DreamWorks acquired the rights to the book in 2010. Melissa Mathison, who last teamed with Spielberg on E.T., wrote the screenplay. Spielberg, Frank Marshall, and Sam Mercer will produce while Kathleen Kennedy, John Madden, and Michael Siegel are executive producers. Kristie Macosko Krieger and Adam Somner are co-producers. The book was published in 1982 with illustrations by Quentin Blake. 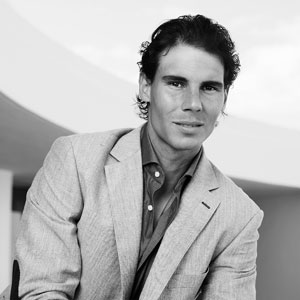 The Tommy Hilfiger Group, which is wholly owned by PVH Corp., announced at the end of 2014 that internationally renowned tennis star Rafael Nadal will appear as the global brand ambassador for the Tommy Hilfiger underwear and Tommy Hilfiger Tailored collections beginning in fall 2015. Both collections are available at Tommy Hilfiger stores globally, through select wholesale partners and online at tommy.com.

The campaign imagery will be photographed in early 2015 in Spain and it will break globally in fall 2015 with dedicated print, online, and out-of-home media placements worldwide. To further support the global initiative and collaboration, Nadal will attend exclusive Tommy Hilfiger launch events in North America, Europe, and Asia.

The prepaid MasterCards can be used everywhere debit MasterCard is accepted and includes access to more than 24,000 in-network ATMs, direct deposit, and mobile check deposits.