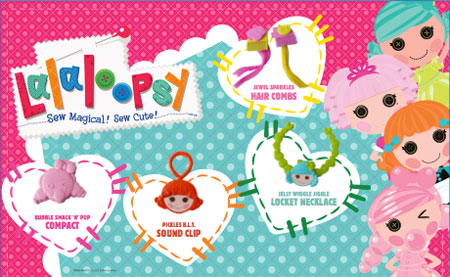 The children’s brands will be joining PercyVites’ portfolio of children’s licenses that includes Arthur, Caillou, and Johnny Test.

In a separate licensing agreement PercyVites also acquired the digital party product rights to the Monster Jam brand in a licensing deal with Feld Entertainment, Inc. The new product from PercyVites captures the excitement of Monster Jam and features various clips from the live events.

Both properties will be available when the redesigned website launches later this month.

Radz Brands has signed a deal with Shopkins to feature four of the most popular Shopkins characters—Snow Crush, Strawberry Kiss, Bubbles, and Lolli Poppins—on candy dispensers. Each Shopkins dispenser comes with a mini character poster and a pack of Radz candy.