Rovio Entertainment, developer of the Angry Birds franchise, announced that it has signed Brand Central to further extend its licensing program into the food and beverage category in the U.S. Brand Central, who currently represents Dr Pepper Snapple Group, Krispy Kreme, MasterChef and MasterChef Junior, and Tapatio, will be managing food and beverage licensing opportunities in the U.S for Rovio extending beyond its current partnerships and targeting category leaders and CPG companies. 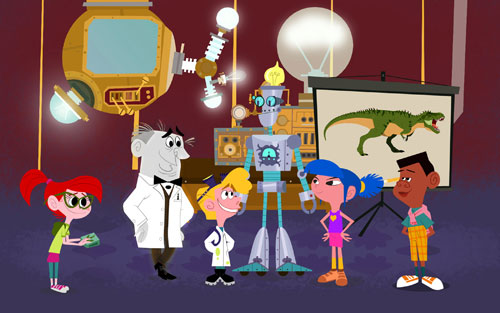 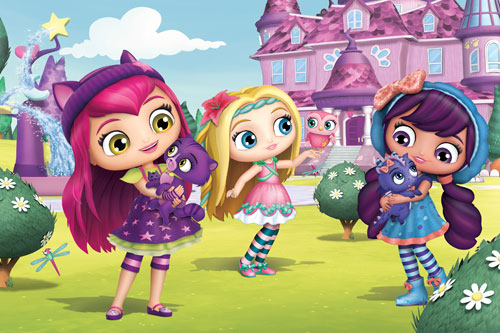 Corus Entertainment’s Nelvana, announced the addition of five soft lines licensees for Little Charmers. The Bentex Group with its divisions of Extreme Concepts, Dreamwave, and H.I.S. International has been signed as master apparel licensee. SG Companies’ SGI Apparel Group has been signed for sleepwear and SG Footwear has been signed for footwear. Franco Manufacturing will offer products for juvenile bedding and bath. Accessory Innovations has backpacks and bags and Fantasia Accessories has been signed for jewelry, hair accessories, headwear, hand wear, and rainwear.

Little Charmers currently airs on Nickelodeon in the U.S. and on Treehouse in Canada. Production and master toy partner, Spin Master will launch its toy line this fall.

Sesame Workshop announced that its on-demand video service, Sesame Street Go, is now available for millions of Roku customers as a streaming channel on the Roku platform.

Sesame Street Go is an ad-free subscription service. Kids can instantly watch the latest full-length Sesame Street TV episodes and short-form minisodes, plus hundreds of full-length episodes from prior seasons and Sesame Classics volumes 1 and 2. In addition, users can filter content through eight core learning areas including math, science, literacy, and the arts. 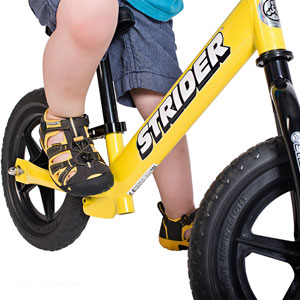 Strider Sports, the maker of Strider no-pedal balance bikes, announced that Keen, a manufacturer of hybrid footwear, has teamed up with Strider Sports to produce a Strider Keen sandal. The Strider Keen Sandals for kids ages 2–5 are available on StriderBikes.com and at Strider Championship Events, including the upcoming Strider Championship Races to be held in Pittsburgh on June 6 and Salt Lake City on August 8.

Tactic Games announced that it has been granted the rights to games based on Illumination Entertainment and Universal Pictures’ Despicable Me global film franchise, including the upcoming prequel Minions, opening in theaters on July 10. Tactic’s Minions Hit Them Out is an indoor/outdoor throwing game featuring Minion character figurines. To play the game, players try to score points by knocking over the characters.

Animal Planet and Time Inc. Books announced a three-year exclusive nonfiction children’s publishing partnership in North America. New titles are currently in development for young readers of all ages, including a gift & companion series, animal bites series, and chapter book series. The program will kick off this fall with the publication of Animals: A Visual Encyclopedia.

Under this partnership, Time can also develop Animal Planet children’s books in the UK and Australia.