Broad Street Licensing Group has been appointed by Romacorp., Inc., owner of the Tony Roma’s and TR Fire Grill restaurant chains, to represent its brands for licensing into the retail marketplace. Broad Street will extend the brands into strategically targeted products and alliances within the food category, including expanded frozen foods, refrigerated and shelf-stable sauces and dressings, fresh-prepared meals and appetizers as well as grilling appliances and associated products. Broad Street will bring the retail products to store shelves in both the U.S. market and overseas where the brand is expanding. Tony Roma’s is already under license in a variety of retail products, and Broad Street’s mandate is to grow the existing business.

Rocket Licensing announced that it is managing the UK and Ireland licensing campaign on behalf of Sony Pictures for Ghostbusters, which is set for a July 2016 release. The film stars Kristen Wiig, Melissa McCarthy, Kate McKinnon, and Leslie Jones. Guest appearances from members of the original cast are also expected. For the first phase of the UK licensing campaign, Rocket is targeting publishing, apparel, nightwear, underwear, stationery, confectionery, gifts, and housewares. Additional categories are expected. Mattel is global master toy licensee. 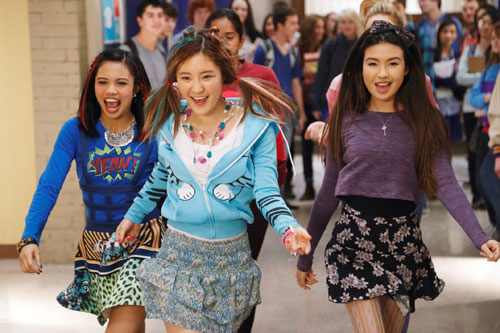 DHX Brands appointed Jakks Pacific, Inc., as master toy licensee for its tween show Make It Pop in all territories outside of Europe. Jakks will launch product in dolls, plush, dress-up, roleplay, girls’ electronic toys, and Halloween costumes categories. Product is expected to launch at retail in 2016. The deal was concluded by CPLG North America.

Make It Pop premiered on Nickelodeon in the U.S. in April. It will continue to roll out on Nickelodeon’s international channels throughout 2015. In Canada, it launched on YTV last week.

Discovery Consumer Products announced a collaboration with Scottford Hospitality to offer travelers Discovery-inspired vacations. Launching this fall, Discovery Destinations brings together a collection of resorts around the world with the common theme of igniting curiosity and inspiring guests to explore the world around them. Discovery Destinations will debut with six partner resorts globally ranging from North Carolina to China. 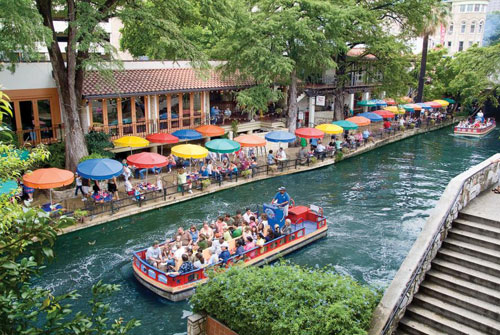 The Paseo Del Rio Association (PDRA), the team that promotes the San Antonio River Walk, has signed All American Licensing (AAL) to develop a full range of consumer products. AAL says that San Antonio’s River Walk is the No. 1 tourist attraction in Texas, and AAL will seek licensing partners in categories that range from apparel to memorabilia, toys, collectibles, gifts, and jewelry to accessories.

The River Walk’s origin was in 1939, as a flood control for the city, and was seen as an oasis in the middle of a burgeoning downtown area. It currently encompasses 15.3 miles and winds through the old downtown area, past shops, restaurants, and many noted historic sites including the five historic missions that have been designated as a World Heritage site. River cruises are available with guides.

Public Group LLC, a business development and strategic advisory, announced the addition of four brands to its portfolio. Baby Blanket Music (lullaby arrangements featuring the world’s most popular artists and song titles), Tea & Sympathy (New York’s “Little Britain” culinary institution), and Petunia Pickle Bottom (a prestige brand in the juvenile marketplace). Public Group will develop a unique program for each brand, which is expected to include collaborations, partnerships, retail channel growth, and more.

As a kick off to the back-to-school season, these cereals and juices will be displayed in an endcap with an exclusive World of Eric Carle dish set featuring a bowl and utensils in recycled packaging and other World of Eric Carle products from licensees Kids Preferred and Chronicle.