Connected-play company, Sphero, is partnering with CWIST, a web platform supporting leading projects for students ages 3 and up, to power Sphero’s online learning community SPRK Lightning Lab. The new partnership is the latest one to bring the CWIST platform to educators in the maker space. CWIST partners with educational companies to help them deliver incentivized hands-on lessons to classrooms via the CWIST platform.

Titan Comics announced it has secured a licensing deal with CBS Consumer Products and Showtime to publish an all-new comic prequel to the Showtime series Penny Dreadful.

The first Penny Dreadful comic series is due in stores in spring 2016 and will be written by Penny Dreadful scriptwriters Krysty Wilson-Cairns and Andrew Hindraker with art from Louie De Martinis (Madness, Heavy Metal).

Toy State has entered into a global licensing agreement with NASCAR. The deal will allow Toy State to introduce NASCAR-licensed products specially designed to connect with the next generation of NASCAR fans.

PercyVites have added Little Charmers to its selection of children’s licenses that currently includes Monster Jam, Franklin, Arthur, and Caillou, as well as other popular children’s characters.

Working with Nelvana, PercyVites will now feature the land of Charmville and key characters in personalized digital invitations and thank yous. 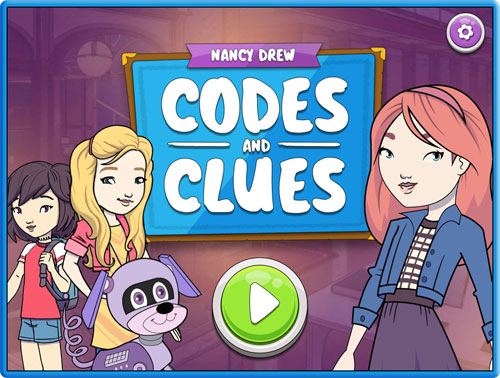 Game publisher and developer, Her Interactive announced a partnership with Simon & Schuster Children’s Publishing to develop a mobile game series based on Nancy Drew. Nancy Drew: Codes & Clues, launching in spring 2016, is a story-driven mobile game that will expose younger kids to computer programming principles such as loops, sequencing, pattern recognition, spatial visualization skills, and problem solving while engaging them in mysteries. This is the first initiative under the company’s new division, Her Interactive Kids, which will focus on mobile games and apps geared for a younger audience.