The Fred Rogers Company and 9 Story Media Group appointed Imports Dragon as global master toy partner for the PBS Kids series Peg + Cat. Imports Dragon will create a line of toys for preschoolers ages 3–5, which will be at retail this fall. The line will consist of plush, arts & crafts sets, games, and wooden puzzles.

In addition to the new toy offerings are Peg + Cat books from Candlewick Press across multiple formats, as well as Peg + Cat DVDs from PBS Distribution in the U.S., eOne in Canada, ABC Commercial in Australia, and Sony Music in Germany. Additional consumer products partnerships will be announced soon.

Jakks Pacific announced that it has been selected by Headstart International, a leading privately held Australian toy company, as its exclusive U.S. distributor of Ooshies, a line of collectible characters featuring popular licenses such as Teenage Mutant Ninja Turtles. The multi-year agreement allows Jakks to promote, market, and sell Ooshies in various channels nationwide.

The agreement also includes a U.S. and Canada distribution deal for Roxo’s Charms and Bands products. Full lines of Glow Friends and Charms and Bands are expected at retail this holiday season.

Sonic Boom to Air on Hulu

SEGA and Technicolor Animation Productions (formerly OuiDO! Productions) announced that the Sonic Boom animated television series will air exclusively on Hulu in the U.S. All episodes will be available to stream in English and Spanish beginning later this month only on Hulu.

As the exclusive online SVOD partner in the U.S., Hulu acquires the rights to stream all episodes across various devices including set-top boxes, gaming consoles, mobile, desktop, and tablet. 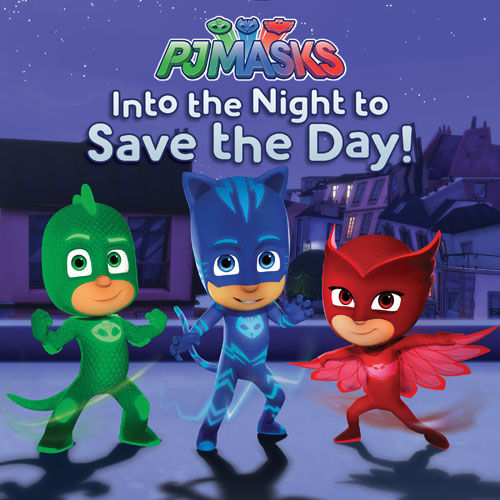 The new titles arrive at retail beginning this fall and will include a broad mix of story, novelty, and board books, as well as ready-to-reads.

School Zone Publishing announced a partnership with Toon Goggles for digital distribution rights of its intellectual property, Charlie & Company. The Toon Goggles SVOD platform appeals to children of all ages and features educational, action, and preschool shows. There are over 4.6 million registered users and over 350,000 monthly active users of the service.

Little Cosmetics announced that it has acquired the Little Charmers license for North America in the roleplay category. The line will include pretend makeup kits and accessories, and will be available this fall.The deal, brokered by Ken Harris of Harris-Sachs LLC, marks the first license acquisition for Little Cosmetics.

Little Charmers is a preschool animated series produced by Nelvana and Spin Master. It airs on Nickelodeon and Nick Jr. in territories worldwide including the U.S. and airs on Treehouse in Canada.

One Entertainment has been awarded licensing representation rights in North, Central, and South America for I F*cking Love Science (IFLScience). IFLScience was launched as a Facebook blog page in 2012 by Elise Andrew. It’s now an online phenomenon, boasting 50 million unique visitors monthly and 24.5 million fans on Facebook. It keeps followers up-to-date with the very latest news and wonders of the world, solar system, galaxy, and the universe of science.

The licensing program will initially focus on apparel, stationery, gift & novelty, and toys. The first IFLScience products are expected at retail in spring 2017.