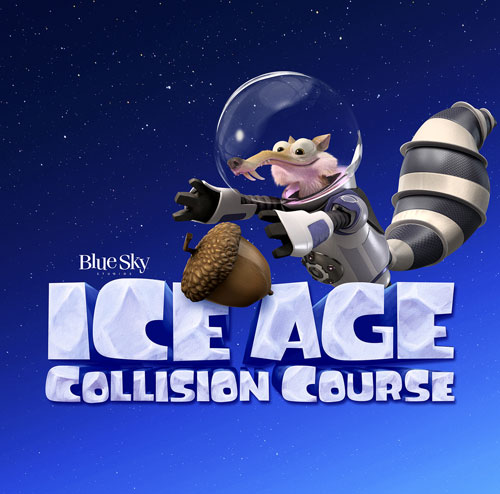 20th Century Fox Consumer Products and Lidl announced a comprehensive promotion across Europe surrounding Ice Age: Collision Course. The film will have a significant presence in Lidl stores as the global retailer launches a wide range of more than 90 products from Ice Age DVDs to apparel and publishing in its 10,000 stores across 29 European countries.

The campaign began this week in advance of the upcoming opening of Ice Age: Collision Course. In several countries, the 360-degree activation will include TV advertisements as well as support in print, in-store, circulars, social, and digital media. Additional markets will offer free Ice Age movie posters as well as host competitions to win tickets either in store or on social media.

This will be Lidl’s largest licensing program with Fox to date, with key markets also running multiple retail loyalty programs at the same time. These markets will offer free stickers for an Ice Age collector’s album containing games and puzzles. A second loyalty program will offer Ice Age plush toys in exchange for collected points, which customers will receive for an amount spent at Lidl.

The film opened July 1 in the UK. It is opening now and into August across Europe. It will open on July 22 in the U.S.

The Joester Loria Group has brokered three new deals for its client, The World of Eric Carle, to expand on the current program with personalized products from Zazzle, Percy 3D, and CPS.

Custom Personalization Solutions, LLC (CPS) launched print-on-demand personalized products including backpacks, blankets, T-shirts, toys, and more. Personalized digital party invitations and thank you cards from Percy 3D will be available through percyvites.com starting this fall. PercyVites will offer fun and unique personalized video invites and thank you ecards that immerse kids into the world of their favorite character. Online marketplace, Zazzle, will create a full range of stationery and back to school, home and room décor, and infant collections featured in a dedicated World of Eric Carle storefront and landing page.

All three partners will utilize The Very Hungry Caterpillar artwork along with other characters from Carle’s top-selling books.

Litographs Signed for The Rainbow Fish

Litographs, the company that creates literature-themed T-shirts, totes, posters, and tattoos, has been granted a license to include Marcus Pfister’s The Rainbow Fish from NorthSouth Books in their collection of products. RJM Licensing brokered the deal between Litographs and NorthSouth Books, the publishers of the Rainbow Fish series of children’s books.