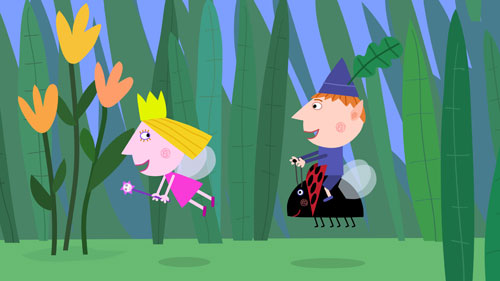 The series just launched on Brazil’s broadcaster TV Cultura. eOne’s licensing agent in the territory, Exim, signed Piffer and Regina for partyware. The product line will debut at retail later this year. Also on board is Panini Brasil Ltd., which will debut a line of collectible stickers and trading cards in February 2017.

School Zone Publishing announced the addition of Kidoodle.TV to its lineup of streaming platforms for its preschool series Charlie & Company. Through Kidoodle.TV, millions of kids across the globe will now have access to watch Charlie and his ‘Anywhere Teacher’ Miss Ellie.

Kidoodle.TV is an online subscription video-on-demand (SVOD) service designed for kids, ages 8 and under, featuring hits from popular children’s content producers from around the world, with no commercials and a robust suite of parental controls and other family-friendly features.

Charlie & Co. tells the story of a beloved Golden Retriever (Charlie), School Zone’s ‘Anywhere Teacher’ (Miss Ellie) and all of Charlie’s friends as they learn about the alphabet, counting, creativity, writing, math, and so much more. 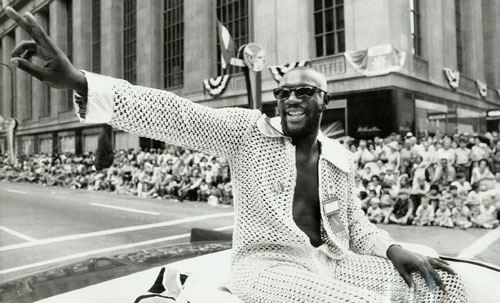 The Isaac Hayes Estate has signed an exclusive representation agreement with Beanstalk. The company will represent the personality rights of the icon for use in advertising, media, and long-term brand associations.

Isaac Hayes, arguably one of most important singer-songwriters of the 20th century, is known for his virtuosic body of work as an American soul singer, songwriter, actor, producer, and voice artist. As one of the creative minds behind the southern soul music label, Stax Records, Hayes was inducted into the Songwriters Hall of Fame for writing iconic songs for himself, Sam & Dave, Carla Thomas, and many others. Hayes’ hit song “Soul Man” was recognized as one of the most influential songs of the past 50 years by the Grammy Hall of Fame and his music score for the film Shaft (1971) won the Academy Award for Best Original Song in 1972, making him the third African-American to win an Academy Award. Hayes also won three additional Grammy Awards throughout his prolific career, one for his legendary music album Black Moses.

Famous for his deep, baritone voice, the icon forayed into acting—from major motion pictures such as Truck Turner to voicing the character Chef on the animated television series South Park for 10 seasons.

Nitro Circus, an action sports entertainment brand and SAVVi, a manufacturer of printed entertainment products, announced a new licensing partnership. The agreement, effective immediately, will feature Nitro Circus and its lineup of champion action sports athletes, including Travis Pastrana. SAVVi’s Kid Powered products will be available at retail in Q1 2017.