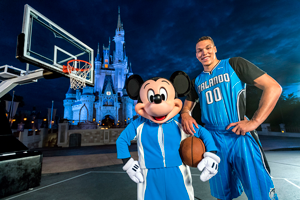 Walt Disney World Resort will becomes the first official jersey sponsor of the Orlando Magic. Starting with the 2017-18 NBA season, the Disney logo will be added to players’ jerseys as part of an expanded relationship.

Since becoming a Champion of the Community sponsor with the Magic in 2010, Disney has been working with the Magic on outreach initiatives that benefit the local community and Central Florida. The uniform sponsorship seeks to strengthen the relationship between Disney and the Magic and connect both fan bases, provide shared marketing opportunities, and aid Central Florida’s reputation as a global sports destination.

The Orlando Magic becomes the seventh NBA team to announce a jersey sponsorship. The Disney name will appear on the front left of the jersey.

Paws, Inc., on behalf of Garfield, and Grumpy Cat Limited have formed a partnership to offer co-branded licensing opportunities that will feature the two feline. The companies are seeking additional partners to further the worldwide excitement around Garfield and Grumpy Cat, and to accompany the crossover comic book series starring the two due out later this summer.

“Teaming up with Jim Davis and Garfield for a comic book series has been a dream come true for Team Grumpy,” says Grumpy Cat’s owner Tabatha Bundesen. 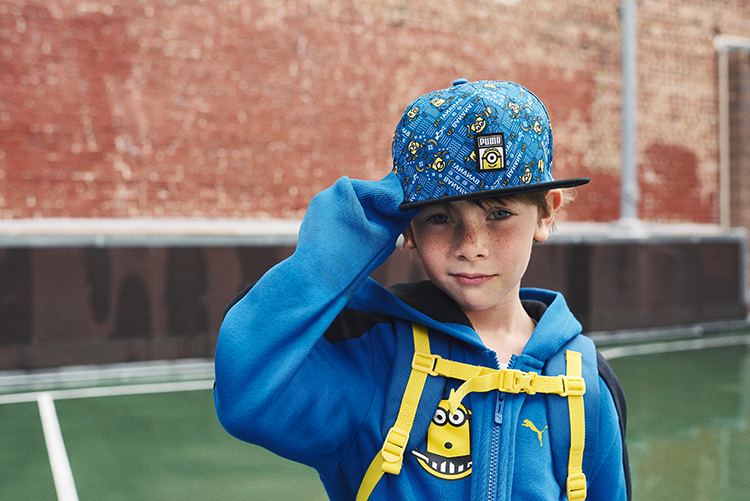 Puma, together with Illumination and Universal Brand Development, will launch the Puma x Minions Collection. This multi-season partnership with the Minions, from the Despicable Me franchise, debuts worldwide on June 29.

Kids’ footwear includes the Puma Basket, topped with a banana print on the strap. The basket will also comes in a laced version, with the upper wrapped in a black- and-white Minions illustration, finished with a blue Formstripe and trademark yellow lacing. Both shoes feature a debossed Puma No. 1 with the Minions’ logo. Additional children’s apparel includes track jackets, sweat pants, hoodies, and tees—all featuring the Puma x Minions collaboration logo and a variety of graphics. Bags, scarves and gloves complete the range.

Adult footwear includes classic Suede sneakers in a monotone black with a Minions graphic inlay and insoles, while the Disc Blaze is decked in a combo of white and Minions print panels. Both shoes feature the Minions goggle print in the tongue label and heel. Apparel offerings include the oversized crew sweat, bomber jacket, amd oversized tee—all featuring subtle branding and name imprints of Minions Stuart, Carl and Kevin in Helvetica font. A backpack in black featuring pops of Minions character graphics will also be made available.