WildBrain signed an agreement with Brazil-based animation studio, Alopra, to co-produce season two of Hydro and Fluid, a language agnostic, slapstick comedy series on YouTube, marking the first co-production from the WildBrain studio. Under the agreement, WildBrain is acquiring a 50 percent stake in seasons one and two of Hydro and Fluid. Highlighting WildBrain’s ongoing strategy to invest in new and original content production, the agreement underscores the studio’s ability to co-produce animated, original content for a global audience.

Since signing on to manage season one on YouTube in January 2018, WildBrain has leveraged its branded hub channels and the official Hydro and Fluid channel to amass more than 50 million views and more than 200 million minutes of watch time for the series’ content. With the upcoming second season (26 x 1’) scheduled to launch on YouTube this July, WildBrain anticipates further growth for the series’ online audience and future potential broadcast opportunities. 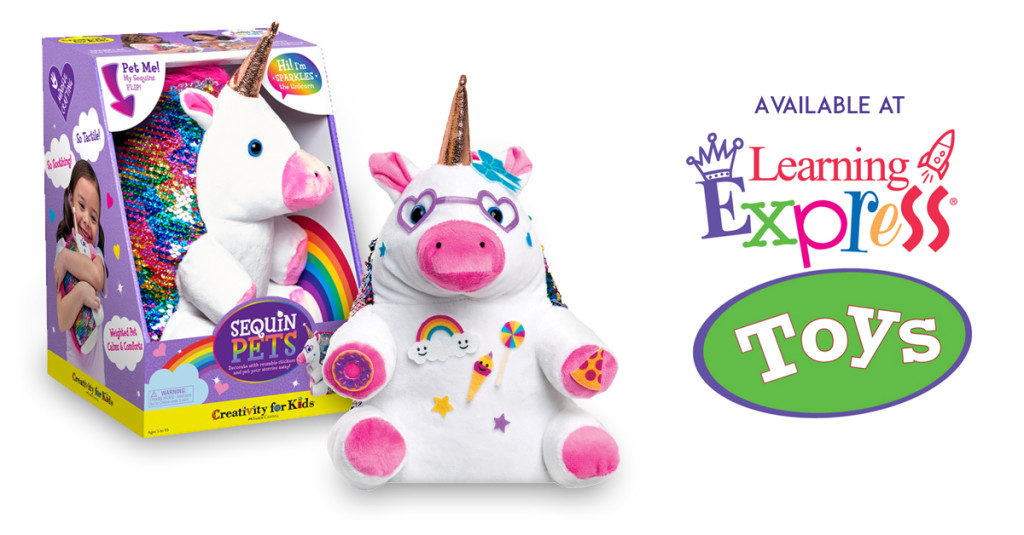 Like Happy the Hedgehog, which launched at Toy Fair 2018, Sparkles the Unicorn is a weighted, reversible sequined plush animal that can be decorated with fun, repositionable felt stickers.

4K Media expanded its portfolio to include the management of three fan-favorite Konami gaming titles – Bomberman, Contra, and Frogger.

4K Media will work closely with Konami Digital Entertainment to develop brand strategies that include media, licensing, promotion, and Konami’s management of the video games. This new holistic approach to brand management includes the development of additional content and merchandise to further fan engagement for current and next generation gamers.

“Loaded with retro appeal and an existing passionate gamer fan base, these captivating games have tremendous potential to further entertain the next generation of fans with all-new, immersive brand experiences,” said Kristen Gray, 4K Media’s SVP of Business & Legal Affairs and Operations in making the announcement. “The possibilities abound, and we’re energized by the chance to ‘hop’ into action, as Frogger might say.”

Featuring splashes of color, and intricate designs, Tiki Cards​ allow girls to express their personalities with nail stickers that feature themes such as sports, holidays, and more. Tiki Cards nail stickers are kid-safe and peel off without the use of nail polish removers. Each sticker comes on a trading card.

Tiki Cards​ are available for purchase on Amazon and the Cortex Toys website in multiple assortments. Each pack has three complete manicure cards with assorted themes.Cortex Toys will be exhibiting at the upcoming American Specialty Toy Retailing Association (ASTRA) Marketplace and Academy in booth No. 1401.