Spirit Halloween and Spencer’s partnered with Epic Games to create a range of officially licensed costumes, cosplay, accessories, and gear based on the action-building game, Fortnite.

The new Fortnite-branded collection will feature costume skins and accessories as well as game-replica weapons and gear to complete their look.
Early launch plans are imminent for pre-order online at SpiritHalloween.com and SpencerGifts.com. Product will begin arriving in stores at Spirit Halloween and Spencer’s around Labor Day.

The deal was brokered by IMG. 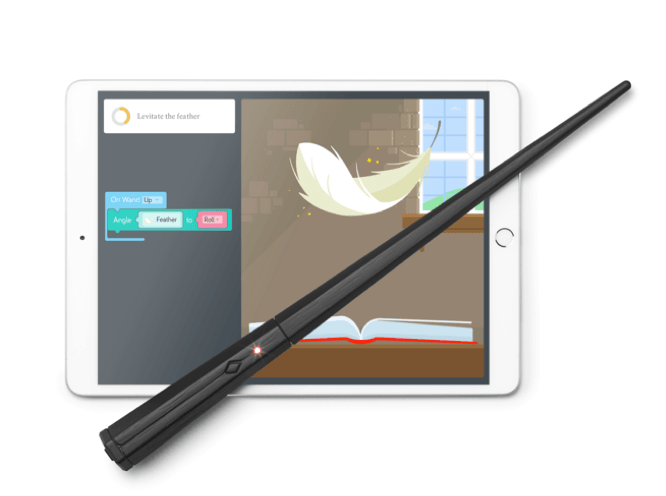 Kano has teamed up with Warner Bros. and the magical Wizarding World of Harry Potter for its newest coding kit, the Harry Potter Kano Coding Kit.

The Harry Potter Kano Coding Kit lets kids build a wireless wand that teaches them how to code and create their own spells, through more than 70 challenges inspired by the Wizarding World and a block-based interface and a JavaScript inspector.

As kids follow a step-by-step manual to build a wand, they’ll learn about sensors, data, and code along the way. The wand combines a gyroscope, accelerometer, and magnetometer to detect its own location and speed in tridimensional space, making it capable of tracking hand movement. These sensors allow it to place a cursor on screen exactly where you point it, and also recognize the motions of some signature spells. Kids can also code the wand’s light and rumble pack. The wand connects to the Kano app to capture movements and turn them into effects that make serpents slither, toads transfigure, fires flow, feathers float, goblets duplicate, Every Flavour Beans enlarge, and more.

Now available for pre-order at Kano.me, the kit is set to release on October 1 through Kano’s digital storefront as well as select retailers in the U.S, Canada, the UK, Australia, and New Zealand. The Harry Potter Kano Coding Kit will also connect to its online community, Kano World, where anyone can make, share, and play with art, music, and games made by other Kano creators of all skill levels from 86 countries.

Nitro Circus and MTK Greenover Sports, a leading supplier of scooter, skate, inline and protective products, have teamed up in a new partnership. Seven new Nitro Circus-branded ramp and rail SKUs are available now online and at retail throughout Europe and in the UK with more releases in scooters, skateboards and protective gear to follow in the coming months. The full range will be available by November, when Nitro Circus’ all-new You Got This tour makes its European debut.

The Angry Birds World attraction opened its doors in Qatar, welcoming millions of fans from around the world. The entertainment theme park is more than 17,000 square meters in size, and is home to an assortment of rides, entertainment experiences, and things to do for all the family. The freshly completed indoor section of Angry Birds World is the first to open, with its outdoor section to follow.