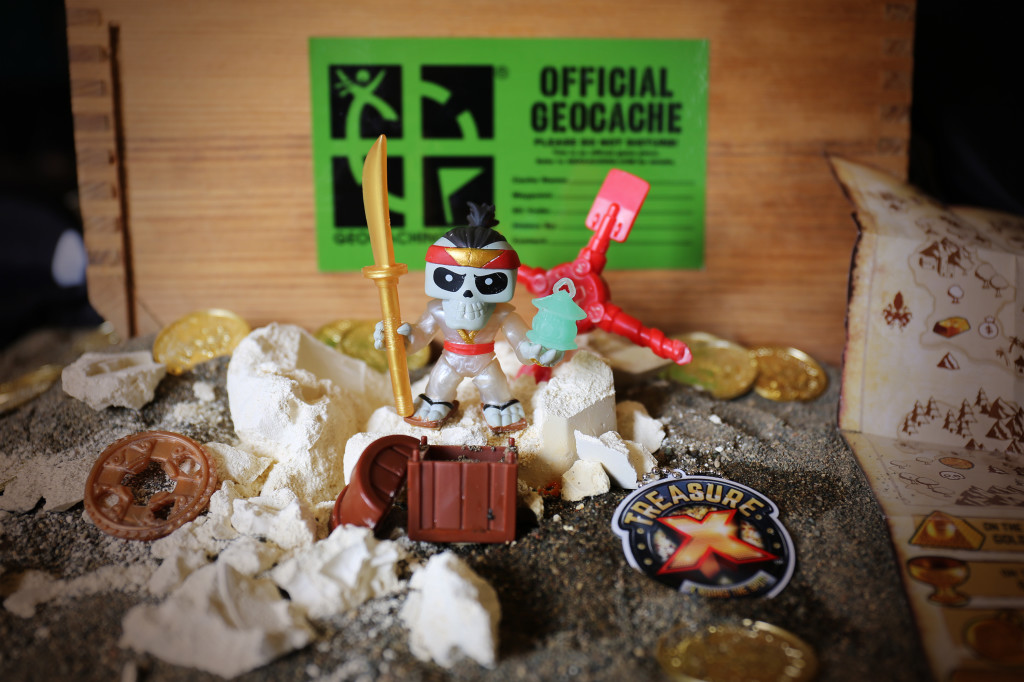 To celebrate the launch of Treasure X, Moose Toys has partnered with Geocaching HQ for a real-world global treasure hunt.

Available at retail stores now, Treasure X is a multi-layered ‘unboxing’ process complete with a surprise reveal. As kids dig their way through, they’ll have the chance to find real gold.

Geocaching is a global outdoor recreational activity, where participants use navigation skills to find hidden containers called geocaches. There are currently more than three million geocaches hidden worldwide by enthusiasts who use the Geocaching app or GPS device to discover them.

In July, 3,000 special edition Treasure X game pieces were released in the game of geocaching globally. The game pieces have already been dropped in nine countries and have interacted with thousands of people as they continue to change hands and relocate for new players to find them. TO find out more about Treasure X Geocaching, click here.

Peppa Pig Heads to China for Movie Debut Next Year

Entertainment One (eOne) and Alibaba Pictures jointly announced plans for their first co-production. Peppa Pig will appear in theaters in China for the first time this Chinese New Year, which coincides with the 2019 Year of the Pig.

eOne and Alibaba Pictures are co-producing a full-length feature film which contains live-action and new animated content, based on the Peppa Pig television series created by Astley Baker Davies. The film, Peppa Celebrates Chinese New Year, is scheduled for release in China on February 5, 2019, and will be distributed by Alibaba Pictures.

The film’s storyline was developed specifically for young families celebrating Chinese New Year. It incorporates many Chinese New Year traditions, such as dragon dancing, dumpling wrapping, and other traditional customs. The film will also introduce brand new characters – including Panda twins. Limited-edition panda-themed merchandise will be released exclusively through Ali Fish, the licensing and entertainment business unit under Alibaba Pictures.

Ipanema, the Brazilian brand, will develop a Miraculous-Ipanema footwear range for kids and adults. The collection, which consists of flip flops and back-strap sandals for kids, and an exclusive adult flip flop, will be available at retail in the southern hemisphere this November, and roll out in the U.S. and Europe in April 2019.

Winning Moves will launch a Miraculous Monopoly Junior game just in time for the 2018 holiday season.

The Ipanema agreement was brokered by Gloob Licensing, and Winning Moves by Bulldog Licensing.

Cartoon Network Enterprises announced the growth of its licensing program for its Adult Swim series Rick and Morty. With more than a dozen new partners, a diverse range of products will be available for fans that span across multiple categories, including home décor, apparel, accessories, toys, and more.

New Rick and Morty licensing partners, by category, include: