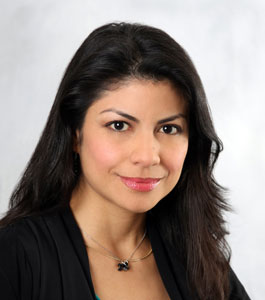 Caceros Kilde is responsible for all consumer and trade media relations on behalf of the studios. Additionally, she will work closely with Cory Shields, executive vice-president, communications, NBCU Cable Entertainment, in developing West Coast communications strategy for the cable portfolio including business affairs. She reports to both Wachtel and Shields.

Prior to joining NBCUniversal, she was director, corporate communications at The Walt Disney Company.

At its Annual Business Meeting held during Toy Fair last week, the Toy Industry Association (TIA) announced the election of three new members to the TIA board of directors for two-year terms of office expiring at the Annual Business Meeting in 2016. The meeting also saw the chairmanship gavel pass to John Gessert of American Plastic Toys from retiring board chairman Soren Torp Laursen of The LEGO Group.

The following retiring board members were recognized for their service: Jay Foreman, president and CEO of The Bridge Direct/Acorn Management Group and George Irwin, Toycoon of IToys.

Retiring chairman Soren Torp Laursen, president, Americas & Pacific, The LEGO Group, passed the gavel to John Gessert, president/CEO, American Plastic Toys, who will serve as chairman of the board for a one-year term. Gessert previously served as vice chairman of the board. As immediate past chairman, Laursen becomes an advisor to the governance body.

To lead this expansion, Brand Central has named three new executives: Jennifer Campbell and Rebekah Belzer both serving as vice-presidents of licensing and Megan Orecchia as marketing manager. The agency has promoted Nancy Sanieoff to manager of licensing acquisitions.

Rebekah Belzer has nearly 15 years of experience in retail, licensing, and brand development.

Belzer is responsible for client management, business development, and strategic sales initiatives. She will also lead the team in the L.A. office. Before joining Brand Central, she worked at Saban Brands, Disney Consumer Products, Gymboree, and the Disney Stores.

Jennifer Campbell will be working out of the North Carolina office. She will be responsible for spearheading the strategic development and implementation of key client accounts for the agency. She has more than 15 years of experience in licensing, most recently at Targus, a computer and mobile accessories company. Prior to Targus, she held positions at Sanrio, Mattel, The Upper Deck Company, and Walt Disney Studios.