Caveza, formerly vice-president, toys and games, has managed the global master toy license for Mattel, which includes a multi-year multi-property preschool portfolio with Fisher-Price and several construction lines with Mega. She also oversees all master toy partnerships for Nickelodeon’s SpongeBob SquarePants property and manages many aspects of the business for the preschool series PAW Patrol. Based in Burbank, Calif., Caveza is also responsible for the growth of arts and crafts, ELAs, plush, ride-ons, vehicles, and games. Prior to Nickelodeon, Caveza held several senior management roles at Mattel, Fisher-Price and Jakks Pacific. Most recently, she served as vice-president, global hardlines at Mattel.

Roman, formerly vice-president, boys’ toys and business development, has managed the global master toy license for Playmates Toys for the series Teenage Mutant Ninja Turtles. Roman currently oversees the product development relationship with Mega for Teenage Mutant Ninja Turtles construction toys and is also responsible for the growth of the sporting goods and consumer electronics categories. Prior to Nickelodeon, he served as vice-president, divisional merchandise manager, core toy division at Toys “R” Us where he was responsible for the U.S. Core Toy merchandising division. Roman has also held senior level positions at Playmobil and Meccano.

Target Corporation announced the promotion of Janna Potts to executive vice-president, chief stores officer. Potts will be responsible for the leadership of Target’s 1,805 stores across the United States. Potts replaces Tina Tyler and will assume the position effective immediately. She will serve as a member of Target’s leadership team and will report to Target’s chief operating officer, John Mulligan.

Potts has been with the company since 1989 when she joined Mervyn’s. Since that time, she has held a variety of leadership positions in stores, operations, and human resources. Most recently, she was Target’s senior vice-president of human resources focused on stores and distribution. 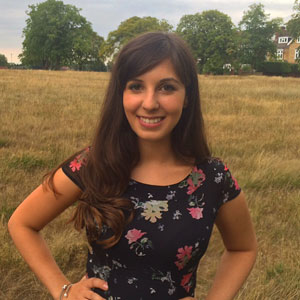 Bulldog Licensing announced the promotion of Sole Puerto to creative services manager. Previously, she was creative services executive, a position she held for nearly two years. During that time she has helped Bulldog to build on its status as one of the industry’s leading licensing agencies, with a strong and diverse portfolio of properties, such as Shopkins, Plants vs. Zombies, Garfield, Shoot, and Yo-kai Watch.