In 1986, young readers were taken by bus into the world of science. The Magic School Bus series, published by Scholastic, takes readers on a scientific adventure with wacky teacher Ms. Frizzle and combines factually accurate scientific lessons with humorous plot lines and beautiful illustrations. Author Joanna Cole and illustrator Bruce Degen introduced the series with The Magic School Bus at the Waterworks, and since then the publishing program has gone on to include 58 million books in print worldwide.

Scholastic Media, with support from the National Science Foundation, introduced The Magic School Bus animated television series in 1994. Starring Lily Tomlin as the voice of Ms. Frizzle, the series currently airs on Qubo in the U.S., marking its 17th consecutive season on television. The show is seen in 39 countries in 16 languages. 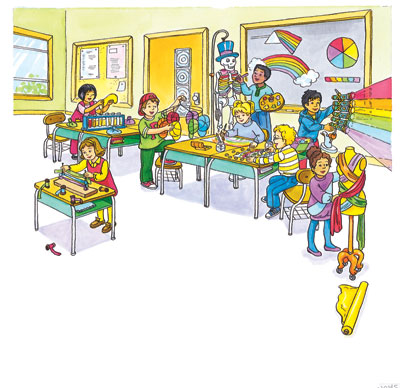