Back then, I thought we had it all with 57 channels of cable television, a wireless phone in the kitchen, and my Walkman clipped on my hip. Cutting-edge technology was compact discs and the Nintendo NES. There were juggernaut toy brands like Cabbage Patch Kids, Transformers, Laser Tag, and Rubik’s. The toy retail landscape was represented by chains like Toys R Us, Kay-Bee Toys, Childs World, and Zany Brainy. It took hundreds of thousands of dollars to launch a toy brand and a large staff of salespeople around the nation to land the distribution channels. However, much like the cassette tape in my Walkman, it is all antiquated now. The dictated consumerism of the 20th century has given way to the “point-and-click” world we live in today. The sheer manpower and capital it took to launch a product to market can now be done from a home office desk while drinking fresh brewed Keurig coffee in your underpants.

Back in the 20th century, the brick-and-mortar retail landscape was a structural hierarchy that was seemingly controlled by a few. It appeared that if start-ups wanted to bring a product to market themselves, they needed to somehow gain entry into the preverbal boys’ club. This club seemed to be closed to the outside world with one exception: licensing. If you had an idea, you could contact an agent or a company directly, pitch your concept, and hope the inventor relations appointee would run your concept up the corporate ladder for the go-ahead from the top. Companies would see dozens, if not thousands of ideas each year, cherry-picking the “best of the best” for their company portfolio. This process seemed effective, and when and if your invention made it to market, you felt that you had success simply because you got it there. But the reason your product made it there wasn’t always because corporate saw an opportunity to hit a home run. It was generally selected simply to feed the retail beast.

Corporations, then as is now, have relations with retailers. Like all relationships, some are stronger than others. To maintain those relationships, companies will throw concepts against the wall. Many times they will agree to run exclusive content to only have base hits, often leaving inventors with a pittance of a royalty.

Let’s fast forward to today. The landscape has changed dramatically. Brick-and-mortar, which is still a powerful channel of distribution, is no longer the only player in town. More and more, companies are selling directly to the consumer online. It is that direct sales approach that has allowed inventors to transcend into entrepreneurs. At Design Edge, we have watched start-ups that would have been unable to open any doors a decade ago, now turn a profit within a few months of launching. You might think this is the foreseeable death of brick-and-mortar, but probably not. More and more, brick-and-mortar retailers are watching the online trends, and if a product is trending, finding a sales rep or distributor to open the door to brick-and-mortar is achievable. While the investment to achieve success is higher than simply inventing and licensing your concept, the downside is far lower than it once was.

Today, a start-up is no longer rolling the dice and praying. There is now a clear path to the end-consumer that is reachable. Today, the only true barrier to success is whether or not your product is good enough for a consumer to like it and buy it. If you have a great concept and you create a quality product at a good price, your chances for success are multiplied tenfold. 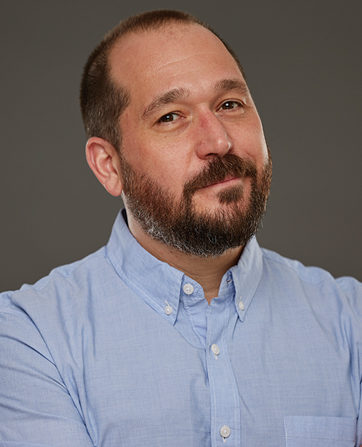 Matt Nuccio is president of Design Edge, a New York-based toy and game development company. For more information, he can be reached at matt@designedge.net.