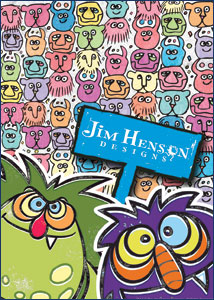 4Kids Entertainment has introduced The Scribbles, the newest irreverent character group derived from Jim Henson Designs, showcasing 14 new characters of the collection along with product samples from Japan. The Scribbles represent elements of our own psyche and imagination, brought to life by the magic of Jim Henson. Inspired by original scribbles by Jim Henson himself, these Scribbles embody all our pent-up emotions.

Since they were first introduced in 2009, Jim Henson Designs products have seen success in Japan. A range of products including apparel and accessories for children and adults is available in Tinkerbell stores, Kiddyland, and Fotoist Stores throughout Japan. Additionally, products from Sekiguchi, including plush and collectibles, are in stores across the country.

Twentieth Century Fox Consumer Products is harnessing the success of Avatar, and a powerful merchandising program that registered $153 million in retail sales, into a long-term consumer engagement strategy that will include all-new merchandising partners in key categories.

During its initial release, James Cameron’s Avatar was supported by one of the most extensive merchandising programs in Fox Consumer Products’ history with more than 125 licensed products across four major categories, including toys, apparel, publishing, and video games. This fall, Fox Consumer Products will have more merchandise lined up to take advantage of the back-to-school, Halloween, and holiday seasons, including new entrants into the costume, board games, bedding, and social expressions categories. Additional partners include Rubie’s, MEGA Brands, JLA Home, Trends International, and Abrams.

Comcast Entertainment Group (CEG) has selected Joy Tashjian Marketing Group (JTMG) as the licensing agent for certain marks and shows within the CEG portfolio. As part of CEG’s corporate objective to expand its licensing space, JTMG has been hired to handle brand campaigns for programming on E! Entertainment Television and G4 Channel.

The television brands to be represented by JTMG for licensing and merchandising are True Hollywood Story, Keeping Up with the Kardashians, Kourtney and Khloe Take Miami, Chelsea Lately, and The Soup from E! Entertainment and Attack of the Show and Human Wrecking Balls from G4.

JTMG will focus on all major consumer products categories for CEG’s entertainment brands, including apparel, travel and leisure, games, electronics, housewares, beauty, and fitness, among others.