Private label scored strong gains across all major U.S. retail channels in 2009. As the recession dragged on, consumers increasingly switched from national brands and drove store brands to all-time highs in both volume and total revenue, as well as market share, according to latest industry statistics from the Private Label Manufacturers Association (PLMA), which is published in PLMA’s 2010 Private Label Yearbook.

On the heels of a powerful growth surge for store brands in 2008, sales of the products increased again last year by 1.8 billion units while national brand units were down 2.1 billion, says PLMA. Along with the conversion of a full percentage point in unit share from national brands to the private label column, store brands added $2.7 billion in value to reach $86.4 billion in total sales. National brand sales increased by $1.6 billion, but those gains were largely, if not entirely, the result of higher prices, according to findings by PLMA.

In supermarkets, store brands reached an historic high of 23.7 percent in unit share. Private label units were up 6.4 percent for the year compared to a decline of 1.7 percent for national brands.

On the revenue side, store brands accounted for 90 percent of all gains in supermarkets, adding $1.5 billion in new sales (up 2.9 percent), while national brands were virtually flat (up 0.1 percent). Moreover, the decline in national brand units suggests that even their modest sales gain of $200 million was a result of price inflation. Overall, store brands sales in supermarkets reached $55.5 billion and dollar market share climbed to 18.7 percent; both figures were new all-time highs.

In drug chains, market share in units reached 16.3 percent as volume grew by 4.0 percent. National brands recorded a loss of 3.9 percent in units.

Store brands were responsible for 52 percent of the total sales growth in drug chains, adding close to a half billion dollars in new sales. Store brand revenue grew at 8.8 percent, while national brands tacked on only 1.2 percent in sales. The total value of store brands sales in drug chains was $6.1 billion, and dollar market share was 14.1 percent.

Behind the Scenes with Osmond, Dance Star Mickey 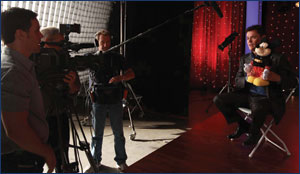 Maple Landmark Woodcraft, manufacturer of American made wooden toys, gifts, and games has reached an agreement with Plush Toys of New Zealand for the distribution of Maple Landmark’s newest product line, the Schoolhouse Naturals, to New Zealand and Australian toy and gift retailers. For more information visit http://www.maplelandmark.com/ 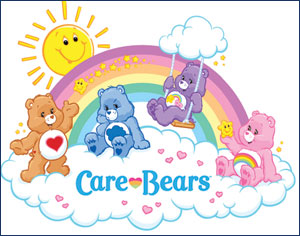 There will be Care Bears merchandise targeting kids, juniors, and babies including stationery, pens, and notebooks by Seh-A. There will be watches and hair accessories by Forever Times. American Greetings and ALI will continue to expand the licensing program across all major categories, including apparel. ALI will also be featuring the Care Bears on air at the Seoul International Cartoon & Animation Festival July 21–25, 2010, at COEX in Seoul, Korea.