Are you currently in Hong Kong? Check out the yearly Hong Kong Vendor Guide, which lists toy manufacturers in the toy district. A mobile version of the guide is now available here. For the printed version, click here.

Most Watched Q4 Videos as Produced by TimetoPlayMag.com:

Video view numbers were recorded in late 2013 and have increased since that time.

Most Viewed Toys on TimetoPlayMag.com in December 2013

Most Watched Videos as Produced by TimeToPlayMag.com in December 2013:

Video view numbers were recorded in late 2013 and have increased since that time.

Cardinal Industries is celebrating its 70th anniversary in 2014. The family-run business was launched by Les Berger in 1944 on the corner of Keap and Hope Streets in the Williamsburg section of Brooklyn, N.Y.

Berger began the business with very little capital but with knowledge of the burgeoning plastics business. He began manufacturing dominoes, poker chip racks, and Mah-Jongg sets. Many of these classics are the cornerstone of Cardinal’s business today.

The company now makes more than 400 items including traditional games such as dominoes, checkers, poker sets, as well as lenticular, wood, and basic puzzles. Cardinal also has an extensive line of licensed games working with Disney, Nickelodeon, Sanrio, Twentieth Century Fox, NBC, Warner Bros., Sesame Workshop, Mattel/HIT Entertainment, and Hasbro among many others. Cardinal’s products are sold across North America, Europe, and Australia.

Three generations of the Berger family now run Cardinal Industries. Founder Les Berger, his wife Sylvia, son Joel, daughter Bonnie Canner, and grandson Justin. While Les and Sylvia, have passed the reins to Joel and Bonnie, they remain active in the business.

Many of Cardinal’s products can be found on TimetoPlayMag.com. 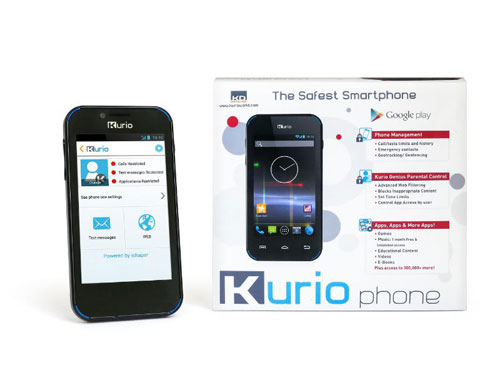 Techno Source, a division of LF Products (a Li & Fung company), and KD Interactive, a division of KD Group, makers of the Kurio line of Android devices for families, announce the first-ever Kurio phone made just for kids at this week’s CES. The Kurio Phone features parental controls including app management, time control features, and the Kurio Genius internet filtering system with advanced security levels and daily auto-updates covering more than 450 million websites (and counting) in 170 different languages. The MSRP of the phone has not yet been announced but Techno Source says it is expected to be under $199 unlocked.

Contact Management
Parents can manage a child’s contacts, allowing, or blocking certain contacts. If parents choose to maintain a safe list of contacts, kids may add contacts to their device, but they won’t be able to call or message them until the parents add them to the list of allowable numbers. Parents can create up to five primary contacts that aren’t subject to any restrictions and can also receive alerts.

Phone Use
Parents can set daily, weekly, or monthly call-time limits and also limit the child’s number of text messages. They can also access the child’s call log, text message, and internet browsing history. In order to respect the child’s privacy, the content of MMS and text messages is not displayed. Though, Kurio Genius will provide tools to control message content.

Geolocation and Geofencing
Using Kurio Phone’s GPS tracking technology, parents can monitor their child’s position every 15, 30, or 60 minutes, including his or her current position or last known position. Parents can also pre-define secure and danger zones on a map, and set the days and times when these zones are activated. If the child leaves a secure zone or enters a danger zone, the parent will receive an alert.

In Case of Emergency (I.C.E.)
Parents can store the child’s information, including date of birth, allergies, blood type, as well as a doctor’s name and phone number, which can be accessed on the device in case of emergency.  A child can alert emergency services and their primary contacts in case of emergency, and also trigger a silent alarm by repeatedly pressing the “power” button when in danger.

Theft/Loss
In the event of theft or loss, parents can remotely trigger an alarm on the device, block the phone completely so that it cannot be used, erase the device’s data, set it to take a picture at phone start up, display a message on the device’s screen, and even track the device’s current location.

Other Alerts
Parents can also receive alerts via SMS or email notifying them when the child’s phone is turned on/off, when it has a low battery, or even when the device’s SIM card has been changed.

Kurio Phone’s password protected parental controls are built into the device and parents can access them remotely from a computer or another device. No subscription is required. Kurio Phone will run on the Android 4.2 (Jellybean) operating system, has a multi-core processor, 1 GB RAM, a 480 x 800 4-inch screen, front and rear-facing cameras, 3G, Wi-Fi and Bluetooth connectivity, GPS, FM radio, and 4 GB of internal memory for their apps and files (expandable to 36 GB with a micro SD card).