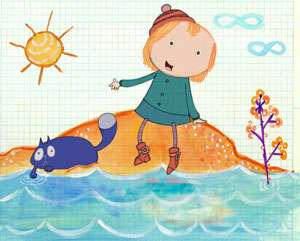 9 Story Media Group announced that its animated preschool series Peg + Cat has been acquired by Discovery Kids for Latin America, including Mexico, Brazil, and Argentina. The series originally debuted on PBS Kids in fall 2013. Peg + Cat recently premiered on Discovery Kids in Brazil and Argentina with other markets expected to follow later this month.

Peg + Cat is co-produced by 9 Story Media Group and The Fred Rogers Company for PBS Kids. The series follows a little girl, Peg, and her sidekick, Cat. In order to solve the problems, Peg and her cat must add, subtract, and apply basic arithmetic.

TTPM is showcasing what’s trending in each specific product category. Today it’s Dolls. This trending list is determined by consumers. It’s the number of page views for that item in the previous 30 days and is updated every 24 hours.