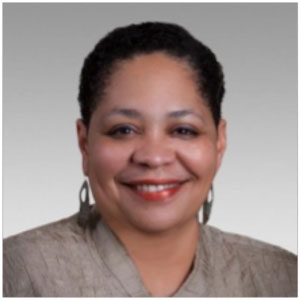 Kimberly Mosley, MBA, CAE has been appointed president of the American Specialty Toy Retailing Association (ASTRA), its board of directors announced today.

“Kim is an experienced, award-winning, results-oriented association executive with a long track record of success in managing association operations, developing innovative programs, and growing revenue,” said Dean May, chair of the ASTRA board of directors. “A skill set of particular interest to ASTRA is her background in leveraging technology to better serve members and to try new business strategies. Kim is the right person to lead ASTRA through the opportunities and challenges we see ahead for the specialty toy industry.”

ASTRA conducted a nationwide search to fill the position that was held by previous president Kathleen McHugh. Mosley is coming to ASTRA from the American College of Healthcare Executives. She will assume the role of president on Monday, September 28, 2015.

“It is with great excitement that I have accepted the role of ASTRA’s president,” said Mosley. “ASTRA is a fiscally and programmatically strong organization with a long tradition of responsiveness to the business needs of its members. I will continue that important tradition. I am eager to work with members to strengthen the segment of the toy industry that is committed to quality toys with high play value, and to bring specialty toy professionals together to help each other succeed.”

Kmart announced its annual Fab 15 holiday toy list this morning. The list is grouped by age and included the following:

Travel to the Jacob Javits Convention Center just got a bit easier for this February’s Toy Fair in New York City. A 34th Street-Hudson Yards Station just opened over the weekend. Here is a video about the new station as well as more information from the MTA.

Popcornflix, the free movie and TV streaming app, announced the addition of kids’ shows including Inspector Gadget, Sonic the Hedgehog, Super Mario Bros. 3, The Legend of Zelda, The Adventures of Paddington Bear, Horseland, and Strawberry Shortcake.

The new content is now available on Popcornflix via Roku, Sony PlayStation PS4 and PS3, Xbox One, Xbox 360, Amazon Fire TV, smart TVs, the web, and mobile devices. The shows are licensed by DHX Media Ltd.,

In addition, Popcornflix and Popcornflix Kids have expanded their kids’ content library in Canada with four more series licensed by DHX. The New Adventures of Madeline, Sabrina: The Animated Series, Care Bears, and the first three seasons of The Busy World of Richard Scary.

An ad-supported platform, Popcornflix provides access to free streaming movies and TV shows that include pre-roll, mid-roll, and banner ads.

TTPM is showcasing the newest items in Dog Toys. For the latest in Toys, Tots, Pets, and More as well as what’s trending, visit TTPM.com.