Hasbro announced yesterday that it has acquired Boulder Media, an Irish animation company based in Dublin. Boulder has produced a variety of award-winning series for Cartoon Network, Nickelodeon, Disney, and BBC. As a wholly owned subsidiary, Boulder will continue to produce animated series on behalf of third-party clients, in addition to producing animation projects for Hasbro’s brands. Terms of the transaction, which closed on July 13, 2016, were not disclosed.

“At Hasbro, we’re building our brands through storytelling, and today, we’re telling richer stories across more platforms than ever before,” said Brian Goldner, Hasbro’s chairman, president and CEO, in a statement. “We are also reinventing traditional modalities of animation production, both creatively and financially. With Boulder, we will deliver the highest quality animation that will engage our audiences with deep storytelling and great characters in a very cost-efficient manner.”

Founded in 2000 by Robert Cullen, Boulder is one of the fastest growing animation studios in Ireland with approximately 150 full-time employees. Boulder will retain its brand and report into Stephen Davis who leads Hasbro’s entertainment and consumer products licensing division. 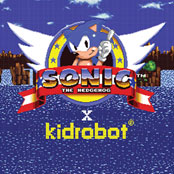 “ASTRA’s Best Toys for Kids award program is different from other top toy lists because it reflects the collective expertise of hundreds of toy retailers who know toys inside out,” said Kimberly Mosley, president of ASTRA, in a statement. “The list of winners is a well-balanced representation of the fun, top-quality, high play value products consumers can find in locally owned neighborhood toy stores around the country.”

The Best Toys for Kids program was created by ASTRA to help its retail members attract media coverage and customers to their stores during the fourth quarter. “The Best Toys for Kids awards program is one more way to differentiate the outstanding value of specialty toys and to differentiate ASTRA stores,” said Mosley. “We encourage specialty retailers to use this program to educate their customers and sell more toys.”

TTPM is showcasing the latest in Cat Toys. For the latest in Toys, Tots, Pets, and More as well as what’s trending, visit TTPM.com.