“Hasbro’s focus on building brands, telling great stories, and creating the best play experiences in toys, games, digital gaming, and consumer products is driving strong consumer and retailer demand for our brands globally,” said Brian Goldner, Hasbro’s chairman, president and CEO. “The excellent execution of our team continues to deliver revenue and earnings growth, while we are investing in elevating our talent and capabilities around our Brand Blueprint. Our initiatives for the second half of the year feature innovative offerings for Hasbro Franchise Brands and Partner Brands, including newly announced products such as Furby Connect and Speak Out, and support for upcoming major feature films, Lucasfilm’s Rogue One: A Star Wars Story and DreamWorks’ Trolls.”

Second quarter 2016 Boys category revenues increased 4 percent to $355.1 million. Revenue growth in the quarter was driven by gains in Franchise Brand Nerf, along with Partner Brand Star Wars as well as the addition of Yo-Kai Watch. 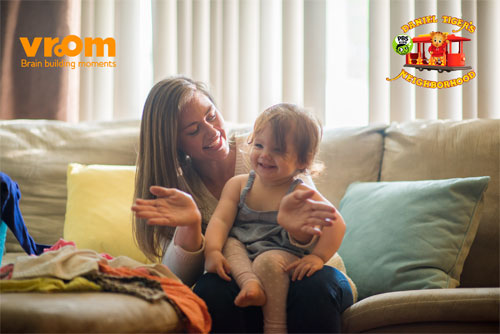 Vroom, an initiative of the Bezos Family Foundation, has teamed up with The Fred Rogers Company for a sponsorship of the animated PBS Kids series Daniel Tiger’s Neighborhood. The initiative will feature sixteen 15-second underwriting credits created by Vroom to empower parents and caregivers by showing them how to turn the moments they spend with their young children into great brain-building opportunities. The new spots, which begin airing today on PBS Kids, will bookend each episode of the show as Vroom’s recognition videos and feature different tips, incorporating topics such as how to foster creativity and communicate effectively. In addition to messaging on PBS Kids’ broadcast and digital channels, the new partnership will deliver special learning resources directly to parents and caregivers during Daniel Tiger’s Neighborhood Be My Neighbor Day community events, which are taking place in collaboration with 10 PBS stations across the country in 2017. 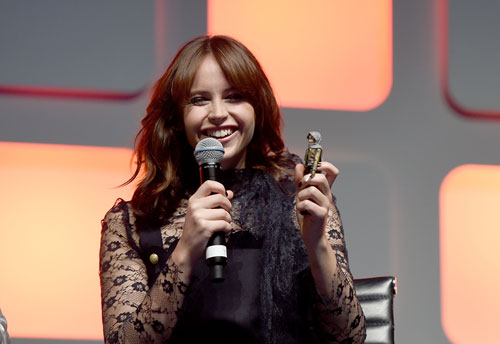 Disney says that fans were given a first look at the new toy line for the upcoming Rogue One: A Star Wars Story during a panel for the movie at Star Wars Celebration in London last Friday. Felicity Jones, who plays Jyn Erso revealed her six-inch action figure from Hasbro and was welcomed to the action figure club by panel host Gwendoline Christie, who plays Captain Phasma in Star Wars: The Force Awakens. The action figure will go on sale later this year along with a variety of Rogue One products. The film opens December 16.

The photo, submitted by Disney, is by Ben A. Pruchnie/Getty Images for Walt Disney Studios.

TTPM is showcasing the latest in Activity Toys. For the latest in Toys, Tots, Pets, and More as well as what’s trending, visit TTPM.com.