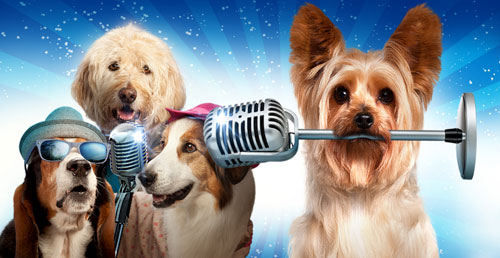 DHX Media signed a deal for global distribution rights to the Air Bud franchises with Air Bud Entertainment, the creative force behind one of the top-selling live-action, direct-to-video movies in the family category.

DHX Media has entered into an agreement to globally distribute 15 films (43 half-hours of content) across the much-loved franchise, which stars a host of talking dogs and other animals. The deal includes the franchise’s all-new feature Pup Star about a Yorkshire Terrier who, when competing in a televised singing competition, is separated from her owner by an opportunistic dog pound worker. It is currently available on Digital HD and will be available on Netflix in the U.S. and other territories in late October. This distribution deal spans across Air Bud’s productions, from the original Air Bud hit movie, almost 20 years ago, to the all-new release Pup Star.

WIT, TRU Host “Breaking In: How to Get on the Shelves at Toys “R” Us,” This Thursday

Women in Toys, Licensing & Entertainment (WIT) has announced a full panel discussion and networking event entitled, “Breaking In: How to Get on the Shelves at Toys “R” Us,” to take place at the Toys “R” Us, Inc., Global Resource Center in Wayne, N.J. this Thursday, September 22 at 5:30pm.

WIT members and attendees will have the exclusive opportunity to meet and hear from Richard Barry, executive vice-president and global CMO, as well as Melody Young, vice-president, general merchandising manager, core and specialty retail. These TRU executives will lead a panel of their top merchandising colleagues, as they divulge insider tips on what their teams look for as they search for new product.

Following the panel discussion, attendees will be given the opportunity to network with the Toys “R” Us team and other WIT members over refreshments.

This Toys “R” Us-sponsored WIT event is free to WIT members and non-members. Please click here for more information and to RSVP.

Both professional and new inventors can meet with and pitch product acquisition executives from Hasbro, Spin Master, Mattel, Bandai, PlayMonster, Asmodee, and many more companies from around the world. In addition, there is a full conference agenda of industry basics as well as professional development sessions. This is an opportunity for attendees to create, collaborate, celebrate, and connect. Included in the conference package are tickets to Inventor Night at D4, the Toy & Game Innovation Awards (TAGIEs), and PlayCHIC. The conference is held on Thursday, November 17 and Friday, November 18 at Navy Pier. Both days kick off with a Continental Breakfast at 7am with speakers beginning at 8am.

This year’s speakers include the following:

The Joseph M. Sanzari Children’s Hospital at Hackensack University Medical Center, a member of Hackensack Meridian Health, together with Playmobil, held a ribbon-cutting ceremony last week to dedicate the new Playmobil Playroom. The playroom, dedicated to pediatric patients, is fully equipped with playsets, a life-sized Playmobil character, and themed backdrops from Playmobil.

“The Playmobil Playroom will truly be a special place where our pediatric patients can play in a nice bright, vibrant atmosphere and not dwell on their medical procedures,” said Stephen Percy, M.D., acting chairman, Joseph M. Sanzari Children’s Hospital at HackensackUMC.

Jon M. Fitzgerald, president, chief development officer, HackensackUMC Foundation added: “We are so thankful to Playmobil for the very generous donation of the playsets, life-size Playmobil figure, and the colorful backdrops. It is a wonderful gift for our patients and their families to enjoy.”

TTPM is showcasing newest in Pop Culture & Collectibles. For the latest in Toys, Tots, Pets, and More as well as what’s trending, visit TTPM.com.