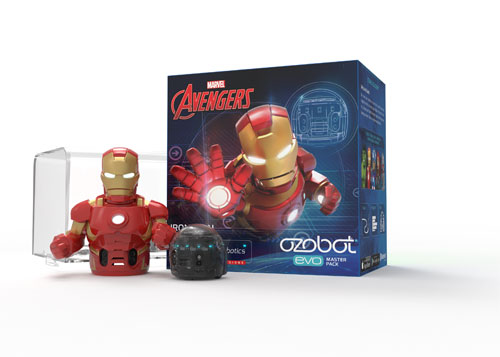 Users simply attach the Marvel Action Skin to the Evo robot to unlock the features and behaviors that reflect the personalities of the Marvel characters through character quips, LED colors, animations, and movements. By accessing the Stark Academy-themed mobile app, users will be able to download missions, races, and challenges to defend a planet on the brink of destruction or take on the evilest super villain, Ultron (also available as a Evo Marvel Action Skin). Each connected Evo Marvel Action Skin will provide the following features but are not limited to: